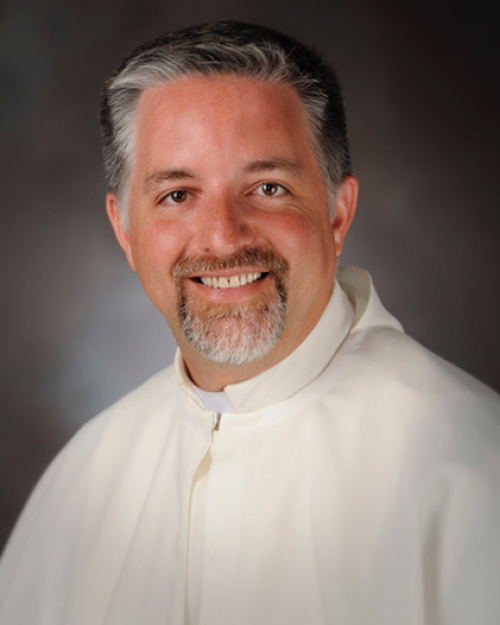 Title(s)
Board of Education Member

Originally from Michigan City, Ind., he is the oldest of four boys.

He is a 1999 graduate of St. Norbert College, where he earned a B.A. in psychology and philosophy. He holds a Master of Education from the University of Notre Dame and spent 11 years teaching and coaching in Catholic schools before joining the Norbertines in 2011. In spring 2017, he earned a Master of Divinity from Catholic Theological Union and he completed his Master of Theology (Scripture) in December 2017 as well.

Ordained a priest on May 27, 2017, Fr. Michael is delighted to be home at his alma mater serving alongside the People of God as vocation director and college chaplain. He also enjoys welcoming pilgrims, students and parishioners to the National Shrine of St. Joseph at Old St. Joe's. Additionally, he supports parish ministries and campus events and he enjoys cheering on his beloved Cubs, Fighting Irish, Hoosiers and SNC athletic teams.

Most importantly, Fr. Mike is a priest.