Andrew Gunville is Triton of the Week

March 28, 2019
Share to FacebookShare to TwitterShare to LinkedInShare to PinterestShare to EmailPrint this page

As the head drum major of the NDA band, Gunville has elegantly taken on the leadership role this position requires.

Steve Johnson, NDA band instructor, said, "Drew is a natural leader who embraces challenges and has done a great job this year in his role as drum major. Last week, Drew helped lead the NDA band at the WNIT game at the Kress Center on the UW-Green Bay campus. He conducted the band and wore a headset mic to communicate with the head of production to make sure everything went smoothly." 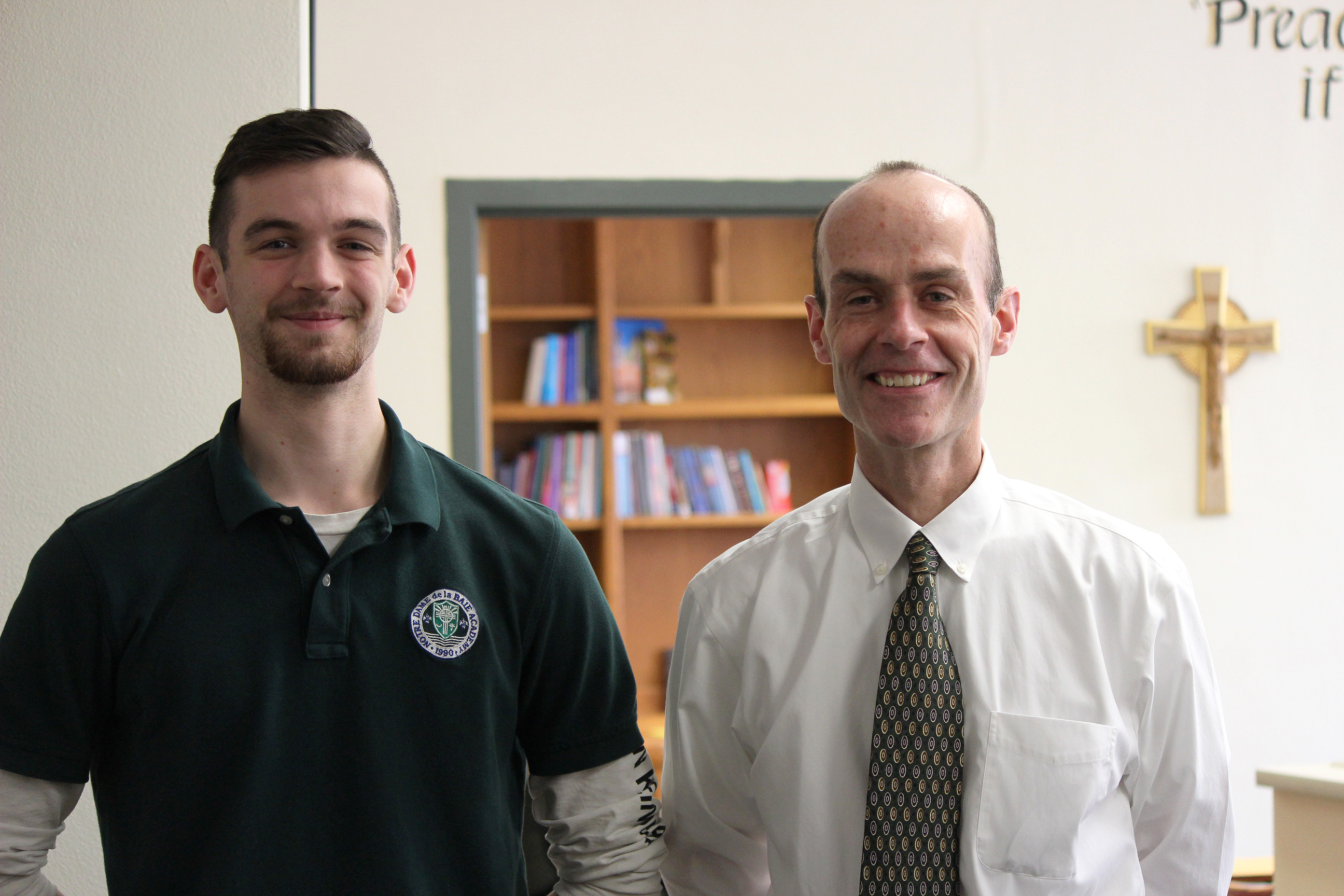 Further, Gunville is a dedicated choir member and can be found performing with music ministry at all-school Masses. Most recently, he performed at Cabaret Night and began his final NDA track & field season.

Gunville enlisted in the United States Marine Corps, and, following graduation, will attend St. Norbert College. He plans to become a commissioned officer after college.