Anna Kaye is Nicolet Bank Scholar of the Month

February 14, 2019
Share to FacebookShare to TwitterShare to LinkedInShare to PinterestShare to EmailPrint this page

"I feel very honored to receive the Nicolet Bank Scholar of the Month award. I am very thankful to NDA and the education and opportunities it has given me," Kaye said.

As the Nicolet National Bank Triton Scholar of the Month, Kaye received a $50 gift. Nicolet Bank has also generously donated $2,500 to NDA to continue to support the academic successes of its students.

---Read Kaye's Triton of the Week story below---

While working to obtain her full IB Diploma, Kaye is ranked fourth in her class. However, her dedication does not stop in the classroom. 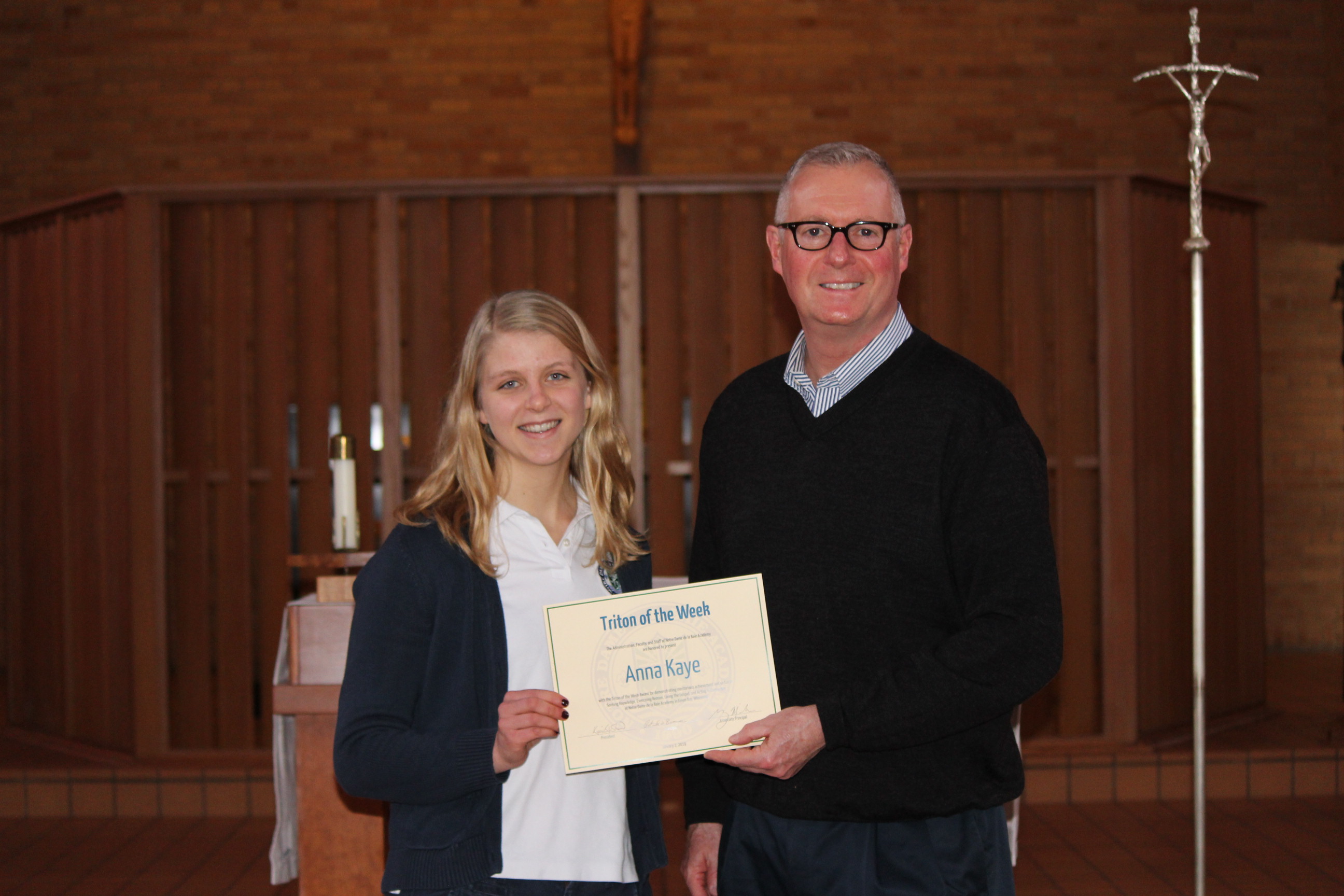 Focused on volunteer efforts and caring for those around her, she comes highly recommended by Mrs. Diane Mulroney. "Anna is humble and selfless. She is always caring for the needs of the group (in class, on the IB trip to Chicago, in extracurriculars, etc.), acting in a way that will make everyone's experience the best it can be," Mulroney said. "I don't even think she's aware that she does this, it is that much a part of who she is."

Kaye was a dedicated member of the Sting Cancer Club at NDA, but, after her sophomore year, the club dissolved. She and a classmate took it upon themselves to find a new moderator and to restart NDA's Sting Cancer Program. Now, NDA continues to help people suffering from cancer on a local level to make an impact within the community.

This effort is echoed by Mulroney, who said, "Anna is an independent thinker and a problem solver. When faced with a task or challenge, she immediately moves forward with a plan of action."

Further, Kaye is involved in yearbook, National Honor Society, and Medicine, Health, & Society Club. In addition, she started the Best Buddies Program at NDA, a global organization that creates opportunities for friendships and leadership development for people with intellectual and developmental disabilities.

She volunteers at St. Norbert College as a best buddy, is a peer tutor in math and for anyone who needs help, and has passion for running.

Mulroney concluded, "Anna is an outstanding student, but her excellence is more than just her grades. She is open-minded and engaged in the learning process. Anna is sure of herself in the sense that she knows who she is, without guile. She is a quiet leader at NDA."