Cassidy Noble is Nicolet Bank Scholar of the Month

January 15, 2019
Share to FacebookShare to TwitterShare to LinkedInShare to PinterestShare to EmailPrint this page

"I am very thankful for receiving the Nicolet Bank Scholar of the Month award. Receiving an NDA education is something I am very grateful for, and giving my time is one way to show this appreciation," said Noble. "This recognition allows me to set a good example of service to others, as well as stressing the importance of active participation in one's community."

As the Nicolet National Bank Triton Scholar of the Month, Noble will receive a $50 gift. Nicolet Bank has also generously donated $2,500 to NDA to continue to support the academic successes of its students. 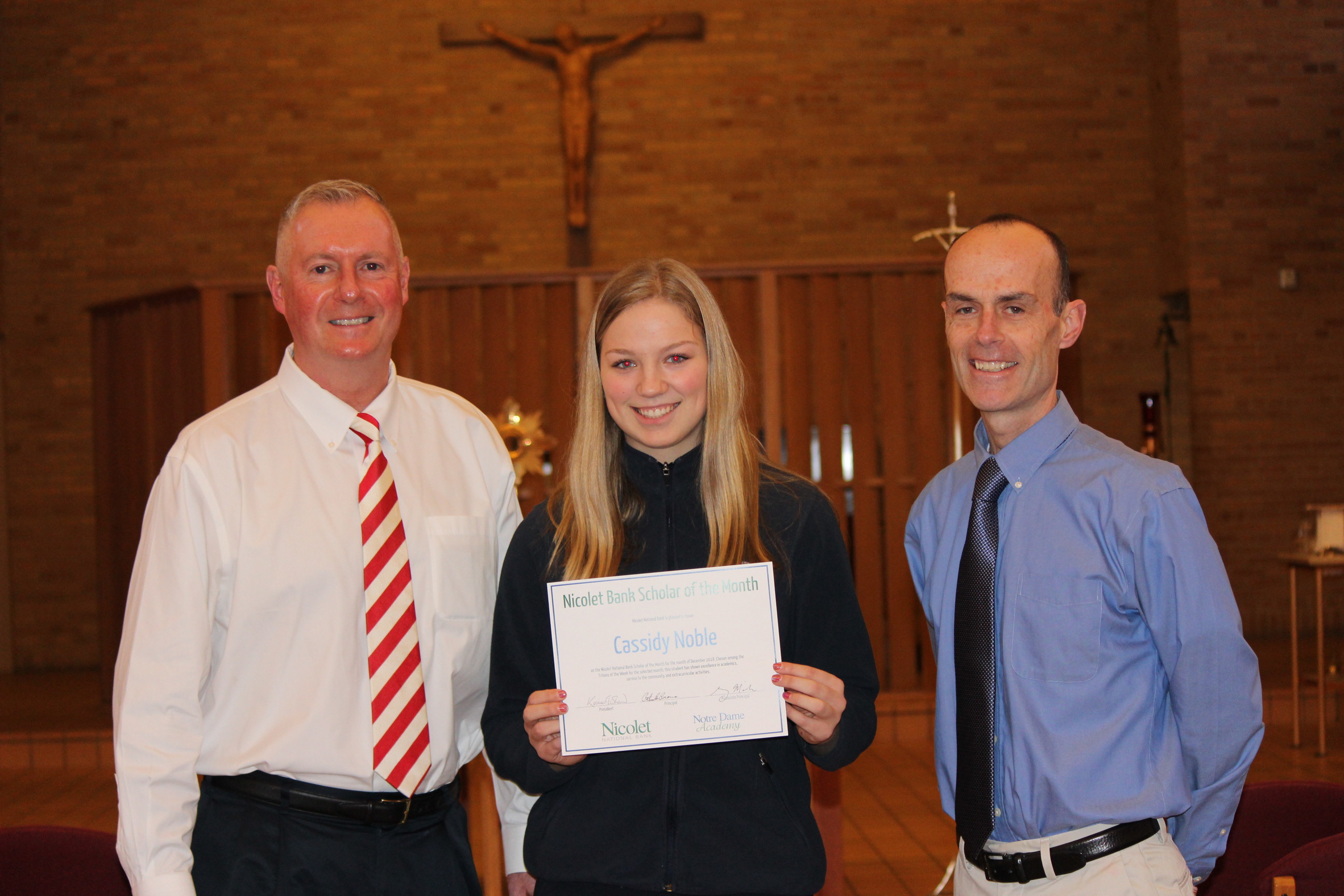 "Cassidy was a star during Phone-a-Thon 2018," said Claire Teitz, NDA advancement specialist. "She called during four nights and proactively signed up the golf team, plus she alone raised $6,915 after making dozens of calls."

Noble sees the benefit of giving of her time as she works as a Miracle League Buddy during the summer and went on the sophomore service trip to Chicago, all while holding a hostess job at Margaritas and babysitting on the weekends. Because of her giving spirit, Noble has been a recipient of the NDA service award each year of her high school career.

Beyond this, Noble puts great focus on her academics. A Spanish tutor in Señora VandenWyngaard's Spanish I class, Noble takes several IB classes each semester and has maintained high honors throughout high school.

Teitz said, "I find Cassidy to be a great NDA citizen. As a busy athlete, she still found the time to be Phone-a-Thon's calling MVP this year. She also completely fits the definition of what we mean as a Triton!"