Cassidy Noble is Triton of the Week

December 13, 2018
Share to FacebookShare to TwitterShare to LinkedInShare to PinterestShare to EmailPrint this page

"Cassidy was a star during Phone-a-Thon 2018," said Claire Teitz, NDA advancement specialist. "She called during four nights and proactively signed up the golf team, plus she alone raised $6,915 after making dozens of calls." 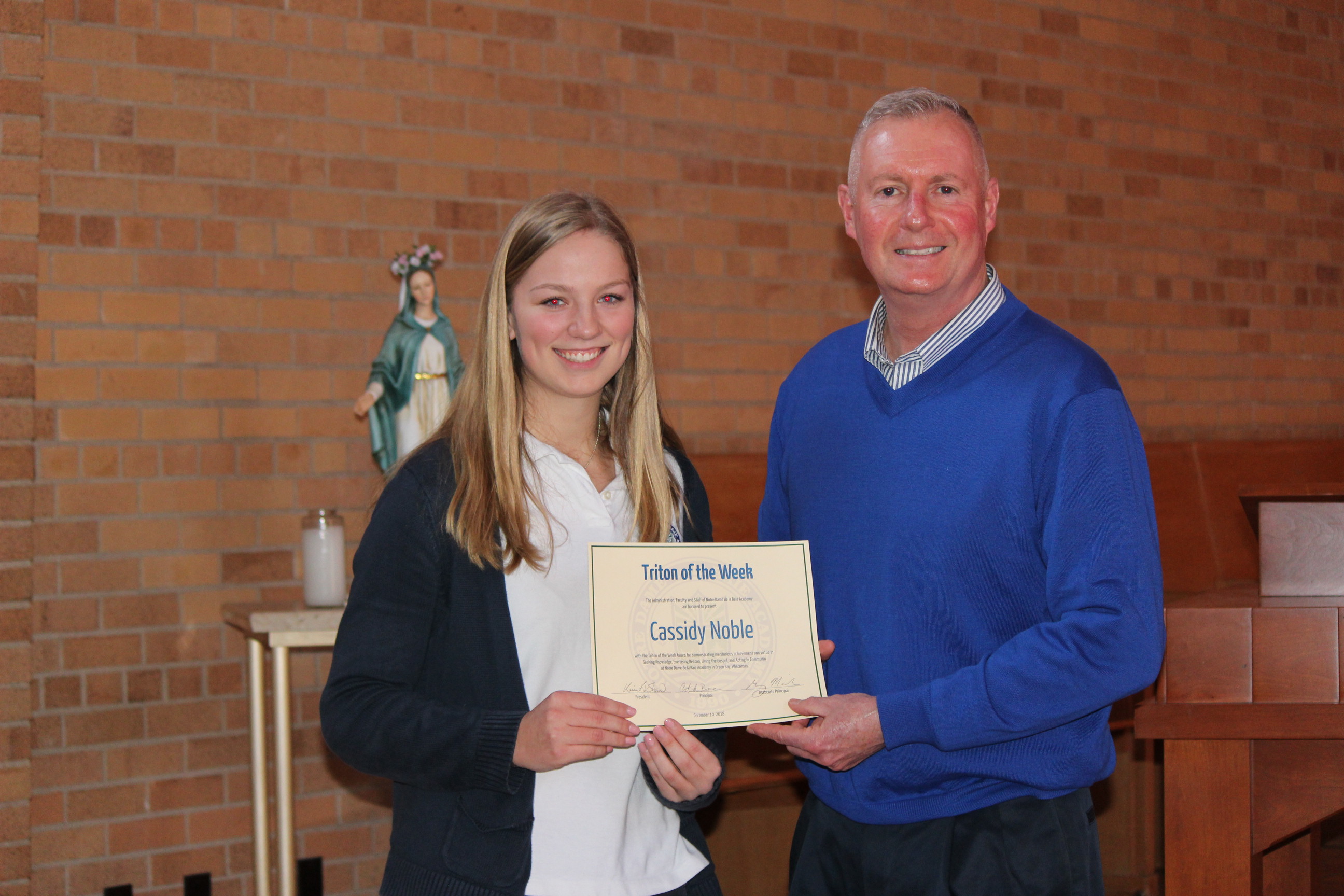 Noble sees the benefit of giving of her time as she works as a Miracle League Buddy during the summer and went on the sophomore service trip to Chicago, all while holding a hostess job at Margaritas and babysitting on the weekends. Because of her giving spirit, Noble has been a recipient of the NDA service award each year of her high school career.

Beyond this, Noble puts great focus on her academics. A Spanish tutor in Señora VandenWyngaard's Spanish I class, Noble takes several IB classes each semester and has maintained high honors throughout high school.

Teitz said, "I find Cassidy to be a great NDA citizen. As a busy athlete, she still found the time to be Phone-a-Thon's calling MVP this year. She also completely fits the definition of what we mean as a Triton!"