September 27, 2018
Share to FacebookShare to TwitterShare to LinkedInShare to PinterestShare to EmailPrint this page

Elliot McGinnity Schneider, NDA 2019, has been named Triton of the Week for the week of September 24, 2018.

Recently achieving the honor of drum major of the NDA band, McGinnity Schneider has great passion for music and leading his fellow band members.

Along with two other drum majors, McGinnity Schneider was voted as a drum major following his presentation to the band members. He enjoys the inclusivity the band provides, and he looks forward to continuing that tradition for underclassmen.

Mr. Steve Johnson, NDA band instructor, said, "Elliot is a student who leads by example. He is an excellent musician with a great work ethic and passion. This inspires the other students to succeed as well."
During his time at NDA, Elliot has played flute, piccolo, alto saxophone, and baritone saxophone in just about every ensemble. "He loves piccolo, so arranged "Pompeii" for a piccolo quartet, which the other students really loved," said Johnson. 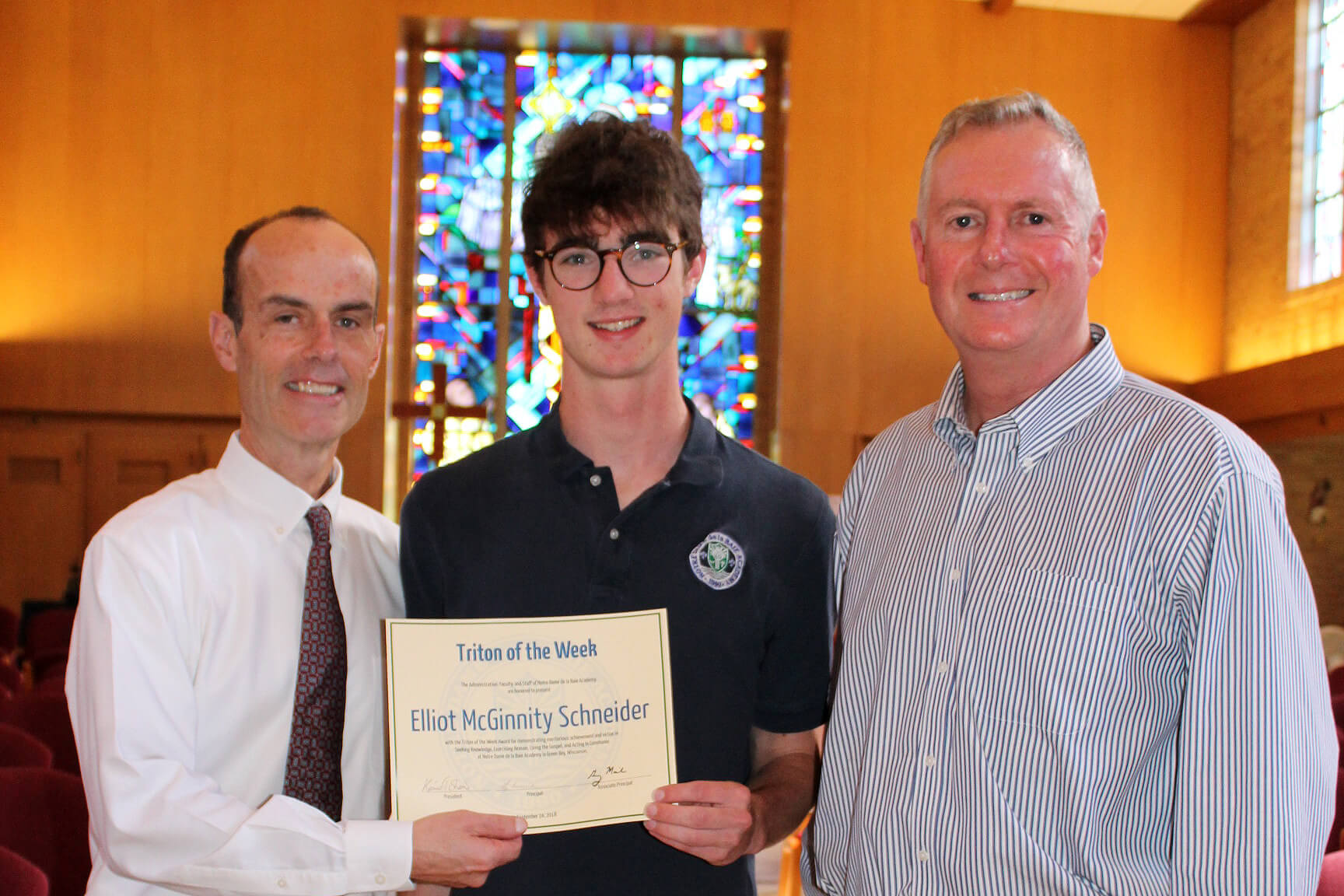 He also enjoys helping others. "Elliot's giving spirit has shone through this year as he has given up his study hall to give extra support to a teacher in a math classroom," said Mrs. Jill Zamzow-Gerl, NDA counselor. "He was the first to offer a lending hand, which I commend him for. Study halls are important to students, but Elliot is more focused on helping others."

Beyond the band room and IB classrooms, he is on the NDA cross country team, participates in cross country skiing, is an expert BMX rider, and is an NHS member/tutor.

Please join NDA in congratulating McGinnity Schneider on his achievement.