Faith Barington is Triton of the Week

March 23, 2020
Share to FacebookShare to TwitterShare to LinkedInShare to PinterestShare to EmailPrint this page

Faith Barington isn’t satisfied just getting a good grade in a class.

The Notre Dame Academy junior is always striving to fully understand the subject matter she is studying.

“I’ve always enjoyed math,” she said, “but this year in Mr. Guyette’s class I really gained an appreciation for it. … I’ve learned to appreciate the understanding behind the math.”

Given the number of activities she is involved in, Barington’s work ethic in everything she does is appreciated by her teachers, coaches and peers.

“Faith exemplifies the academic excellence that NDA represents,” Math Teacher Doug Guyette said.  “She works hard, keeps a positive attitude and works well with her peers. She's not afraid to ask for help when she needs it, and not afraid to offer help when it's asked of her.”

For her efforts, Barington is the Triton of the Week for the week of March 23, 2020. 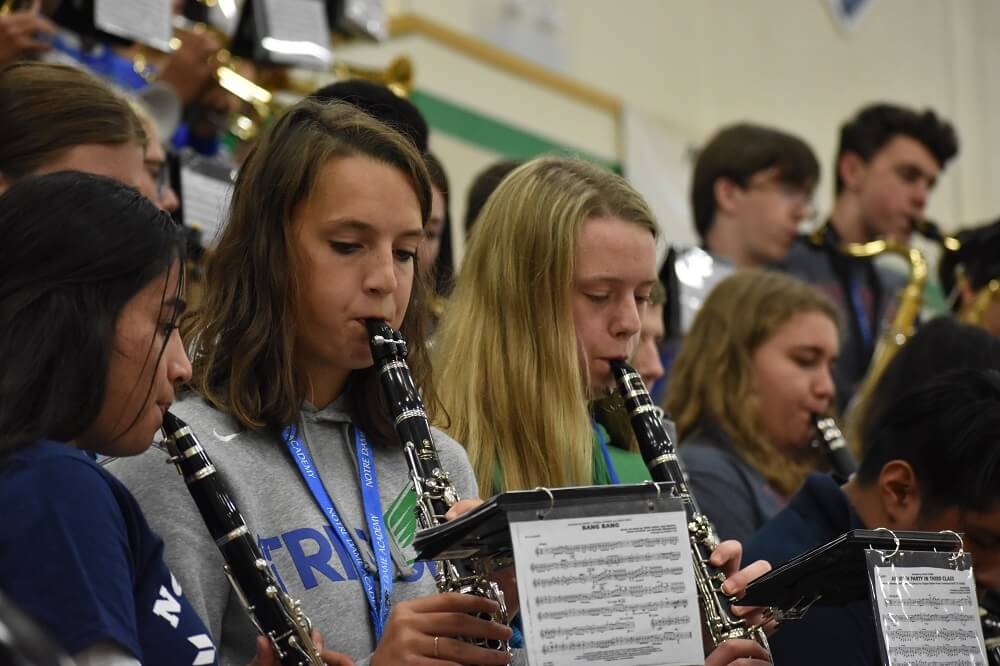 Barington is setting a positive example for her three younger siblings to follow. She has two sisters, Hope and Grace, and a brother, Will.

“Everyone thinks it’s just kind of cute to have Faith, Hope and Grace,” she said. “I think our names communicate some of our family values when it comes to that. My brother’s name is a family name, but we think of it as the Will of God.”

Barington is involved in ASTRA and participates in 40 Days for Life walks.

She competes in basketball and cross country, joining the latter team her sophomore year.

“I really like the social aspect,” Barington said. “As much as going out and running three miles doesn’t sound appealing to a lot of people, you really get to connect with the different people you might not connect with on a daily basis.”

Barington has played the clarinet since fifth grade and started playing the saxophone as a freshman. She received a *1 Rating to advance to State Solo and Ensemble in addition to qualifying as a member of Jazz I and Woodwind Ensemble.

As for a career, Barington wants to pursue something that combines two of her favorite subjects.

She said Notre Dame Academy provides her with the right mix of opportunities.

“I like all the opportunities there are,” Barington said. “I like how welcoming people are to different programs. Obviously, I’m very involved in the band program, but I’m also an athlete so it’s cool to be a part of both programs and be welcomed by that.” 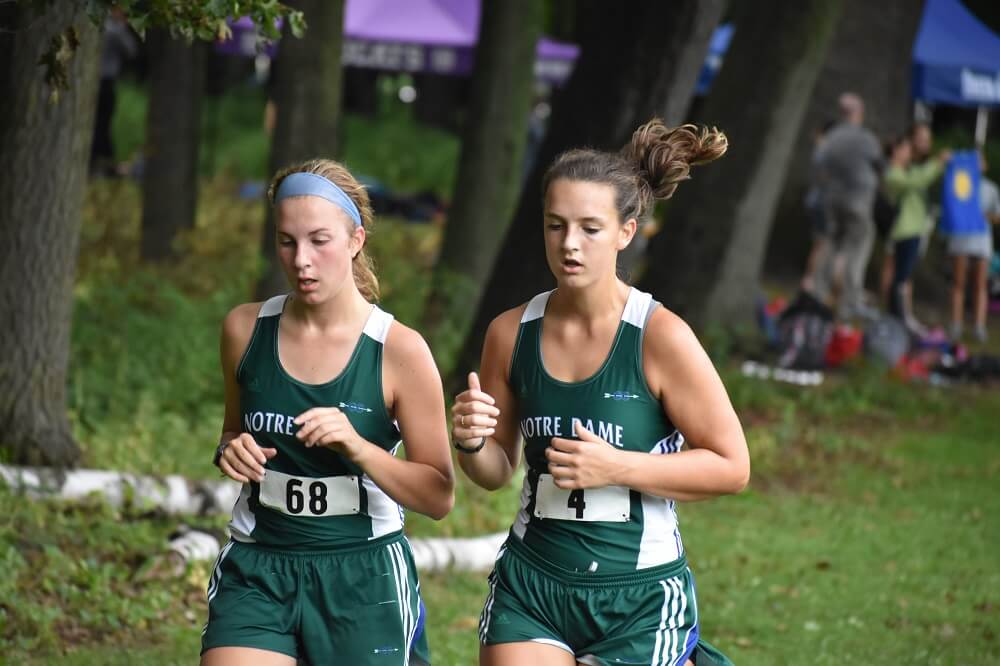