Grace Balison is Triton of the Week

November 20, 2018
Share to FacebookShare to TwitterShare to LinkedInShare to PinterestShare to EmailPrint this page

Grace Balison is Triton of the Week for the week of November 19, 2018.

"Both inside the classroom and in activities around the building, I have always been able to count on Grace to step up, be a leader, and give everything her best effort," said Mrs. Dory, Balison's nominating teacher. "Most importantly, she does it with a positive attitude and a willingness to help others."

A captain of the Notre Dame Dance Team, Balison worked with Dory to choreograph the dance for The Great Battle and the skit by Public Performance for the prayer service during Fall Fest Week. "From early morning meetings to weekend rehearsals, Grace was extremely helpful," said Dory. 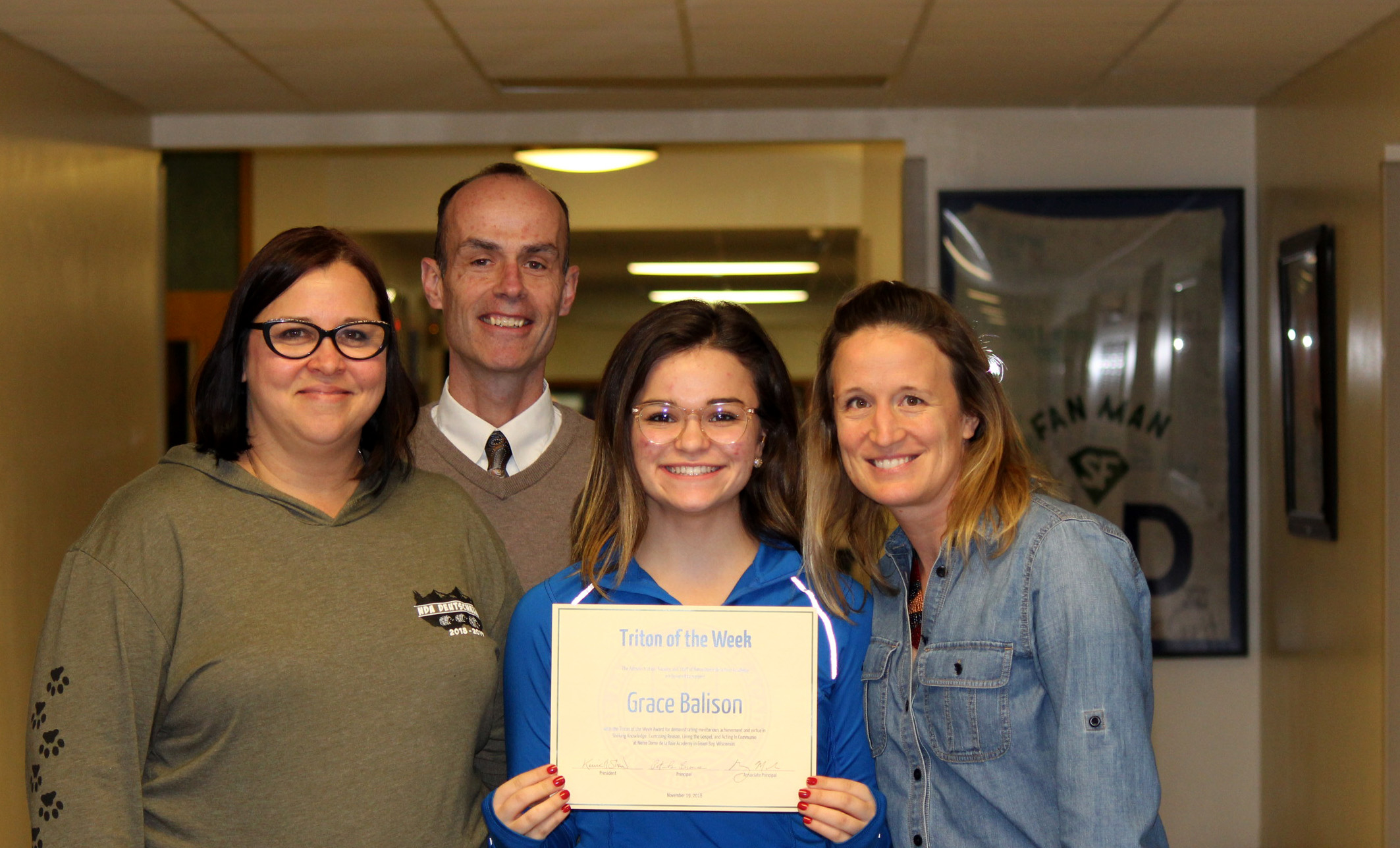 Even with her busy schedule, Balison holds two jobs throughout the year at Hinterland Brewery, as a server, and at Rummele's Jewelers in Fisk Creek.

Further, she helped lead the sophomore retreat at Camp Tekawitha this fall, and expanded her cultural knowledge by going on the NDA Italy and Europe Trips the past two summers.

Dory concluded, "Students like Grace who enthusiastically participate in the classroom and in special events around the building continue to make NDA the best high school in the world!"

Balison plans to attend Iowa University next year as a double major in communication studies and pre-business. Balison said, "I am excited to be a Hawkeye next year, and to room with my best friend since kindergarten, Colleen Philbin, who just started attending NDA this year."