NDA Earns Awards of Excellence and Merit in School Communications

November 15, 2018
Share to FacebookShare to TwitterShare to LinkedInShare to PinterestShare to EmailPrint this page

Notre Dame Academy (NDA) was recently honored by the Wisconsin School Public Relations Association (WSPRA) with two Spectrum Award of Excellence and one Spectrum Award of Merit for its work in school communications.

WSPRA presented the Spectrum Awards at its recent annual conference, November 7-9, in Madison, Wis. Notre Dame Academy earned Awards of Excellence for its Tritonfest Celebration Summary and Farm to Table Thank You Notes. It also earned an Award of Merit for the Tritonfest event.

The Tritonfest Celebration Summary included a visual recap of the Tritonfest event and was sent to attendees and the NDA community. The Farm to Table Thank You Notes were individualized for each sponsor and included a photo of the item that the sponsor donated to the event. Further, last year's Tritonfest raised more than $315,000 for the school. 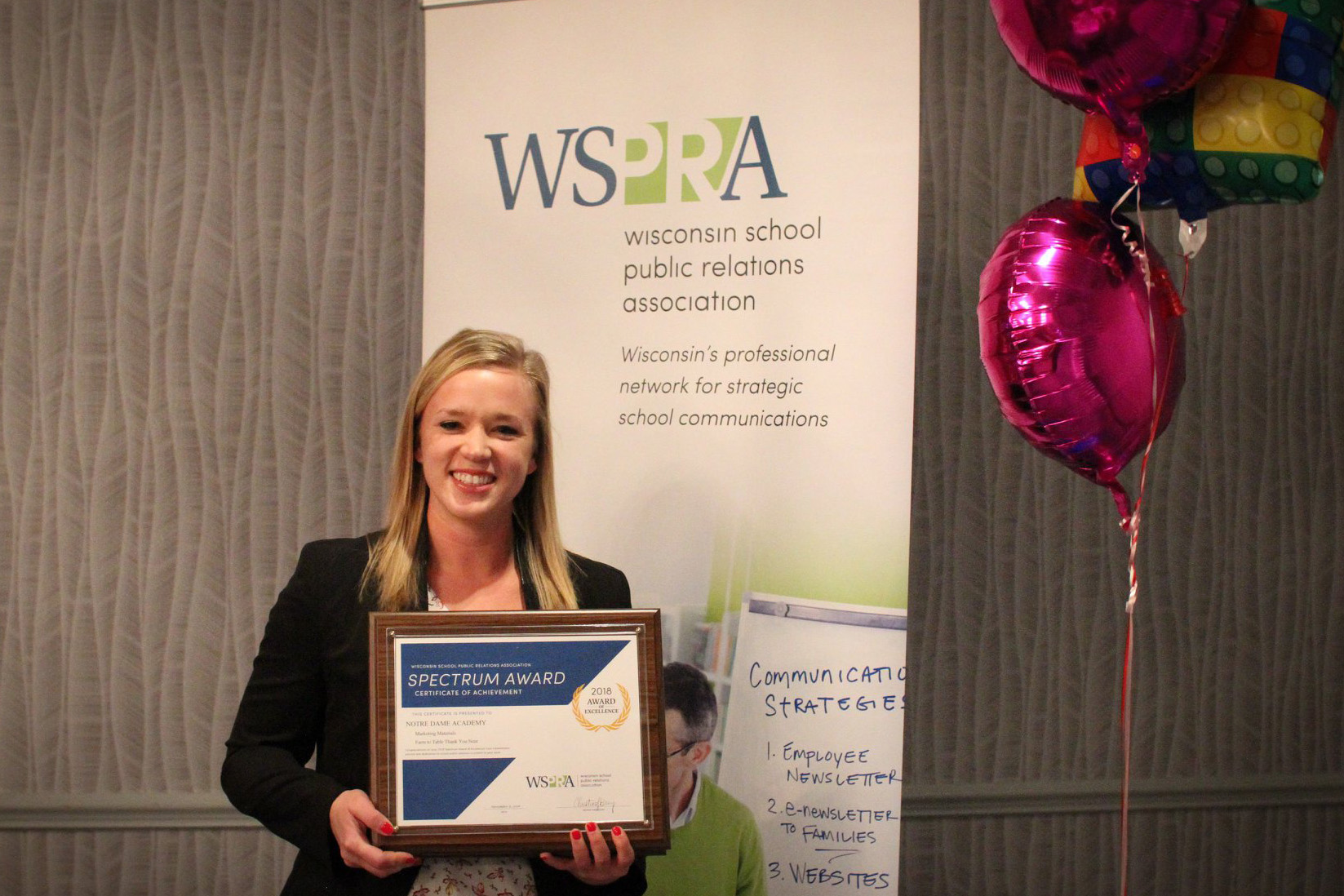 On behalf of NDA, Kimberly Uelmen accepted the Spectrum Awards of Excellence
and Merit at the WSPRA conference in Madison November 7-9.

"We are so proud of Kimberly Uelmen, marketing & communications coordinator, in her efforts to showcase NDA and with her recognition by WSPRA last week," said Kevin J. Shaw, president of Notre Dame Academy. "We have much to be grateful for at NDA, and these awards confirm the amazing work completed by the entire NDA team day in and day out."

WSPRA's Spectrum Awards are judged by members of other school public relations associations throughout the United States, including from Illinois, North Dakota, Minnesota, Michigan, Iowa, and South Carolina. All entries were judged on a 30-point scale in six areas: goals and objectives, research and planning, execution and evaluation, results, language, and design. 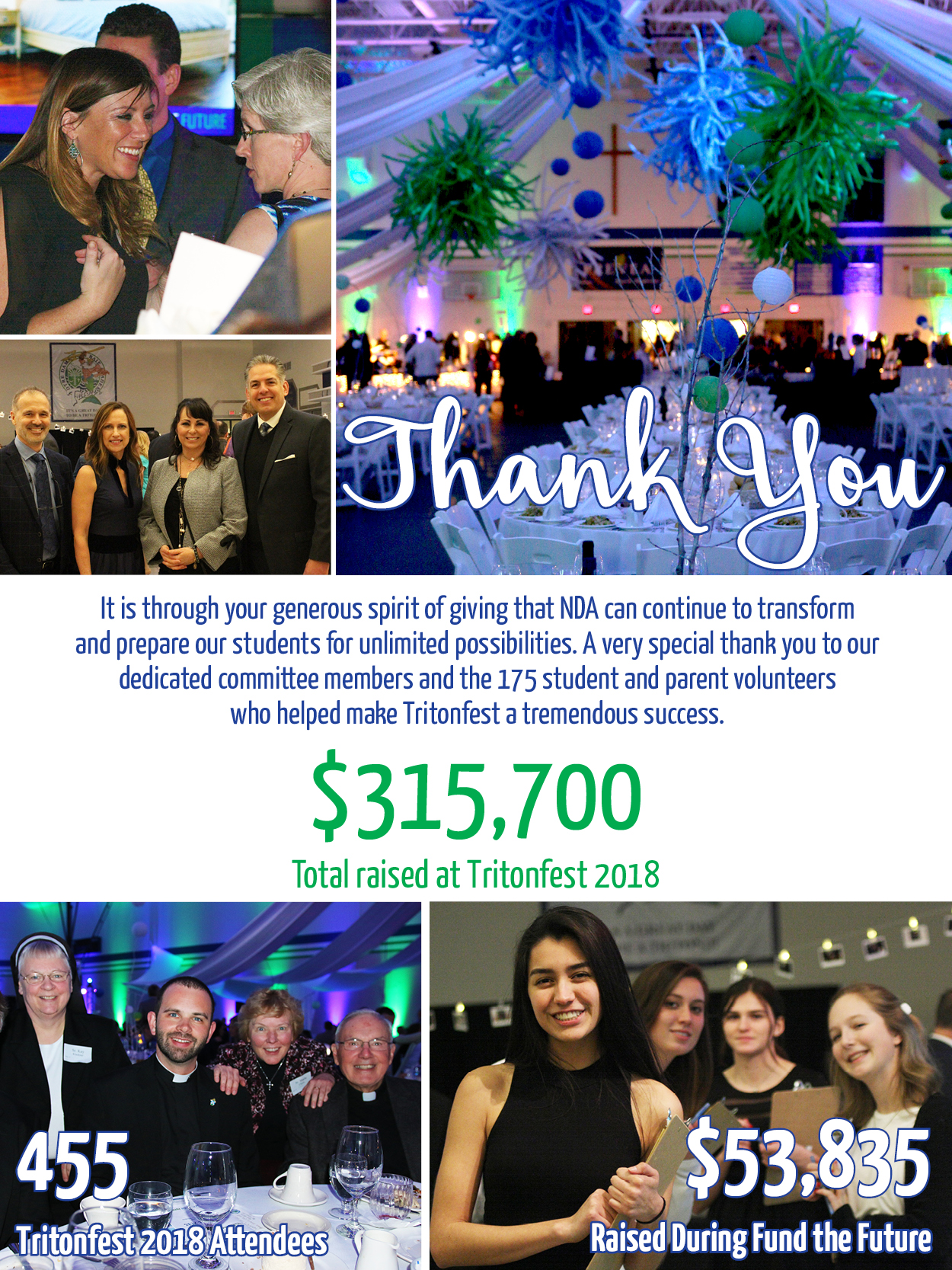 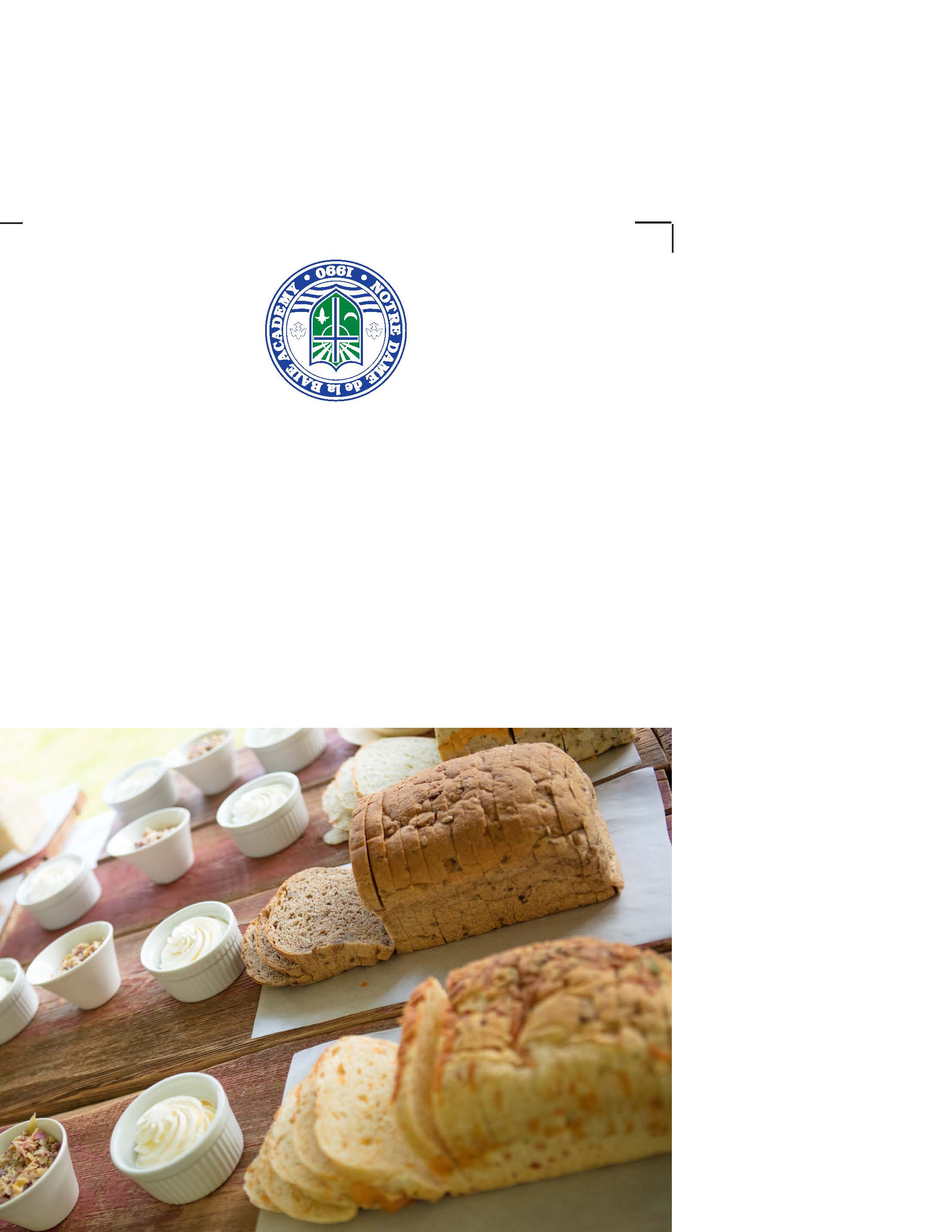