January 24, 2018
Share to FacebookShare to TwitterShare to LinkedInShare to PinterestShare to EmailPrint this page

On Wednesday, January 24 and Thursday, January 25 from 3:30-5:30 p.m. at NDA, Ditscheit and her friends cut and tied fleece blankets and made cards to donate to the American Family Children's Hospital in Madison, Wis.

Ditscheit was inspired to lead this project after she was in a UTV accident in 2016. She was airlifted to the American Family Children's Hospital in Madison, where she spent three days, and, while there, received a tied fleece blanket. 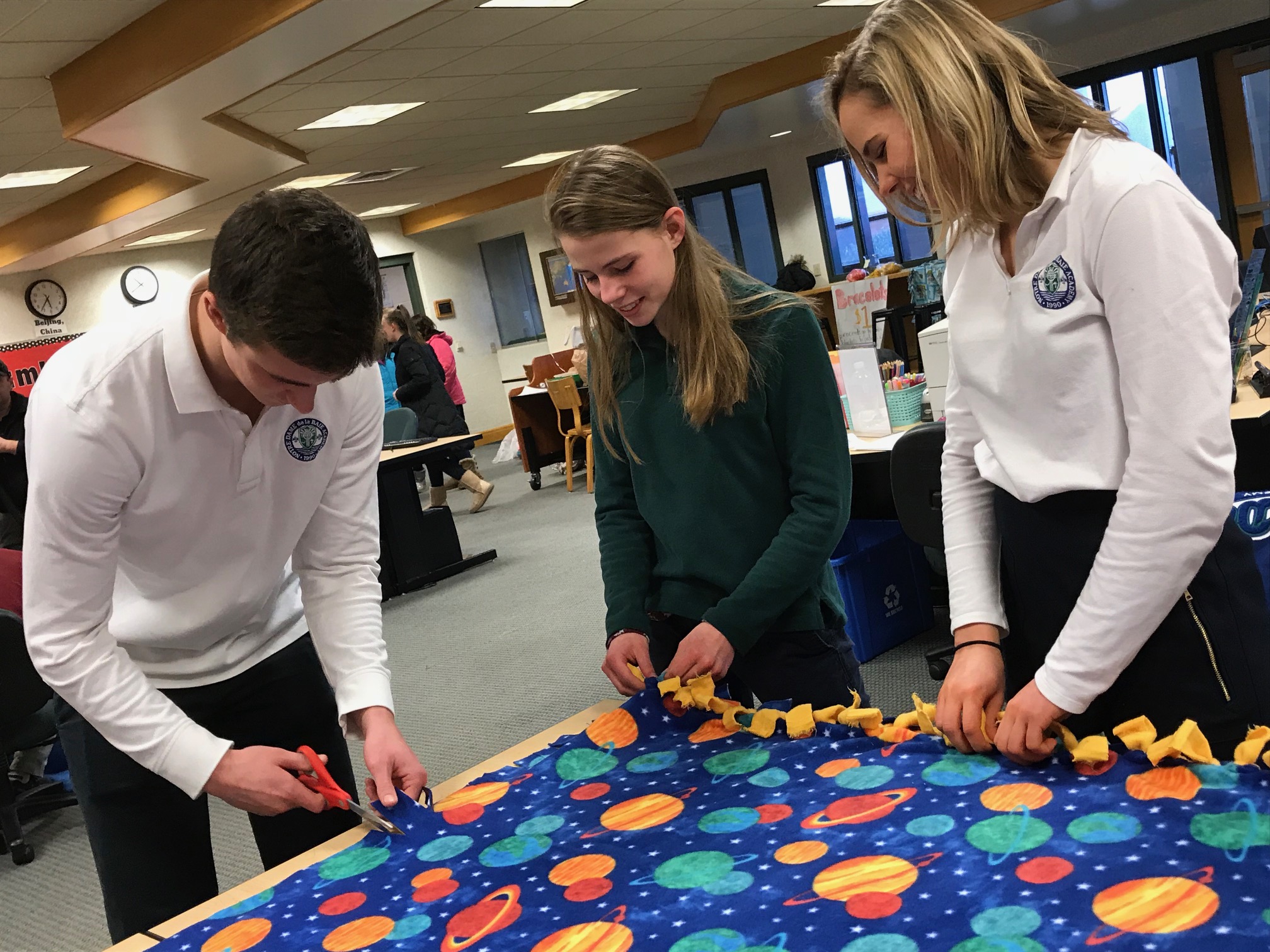 "Months later, my friends and I were trying to think of a way we can serve our community and make a difference to others," said Ditscheit. "When I saw the blanket I received from the hospital, it hit me that that's how we can help."

Following this, she and her friends led a fundraiser at NDA to raise money to buy blanket fabric. "I also applied the Summer of Service grant so that we could make even more blankets for the patients," she said. "I had little expectation of receiving the grant, but, to my surprise, I received an email saying we got the grant!"

The group will deliver the blankets and the cards to the American Family Children's Hospital in Madison, Wis. on January 27 and 28.