Triston Behrend is Nicolet Bank Scholar of the Month

December 20, 2018
Share to FacebookShare to TwitterShare to LinkedInShare to PinterestShare to EmailPrint this page

"I feel very happy and thankful to be honored as the Nicolet Bank Triton of the Month. Supporting St. Jude Children's Hospital has been a very rewarding experience, and I hope my golf tournament continues to grow and be successful so that I can contribute to this great cause for years to come," said Behrend.

Behrend's parents are Ryan and Lindsay, and he has one younger sibling, Sam.

As the Nicolet National Bank Triton Scholar of the Month, Behrend will receive a $50 gift. Nicolet Bank has also generously donated $2,500 to NDA to continue to support the academic successes of its students. 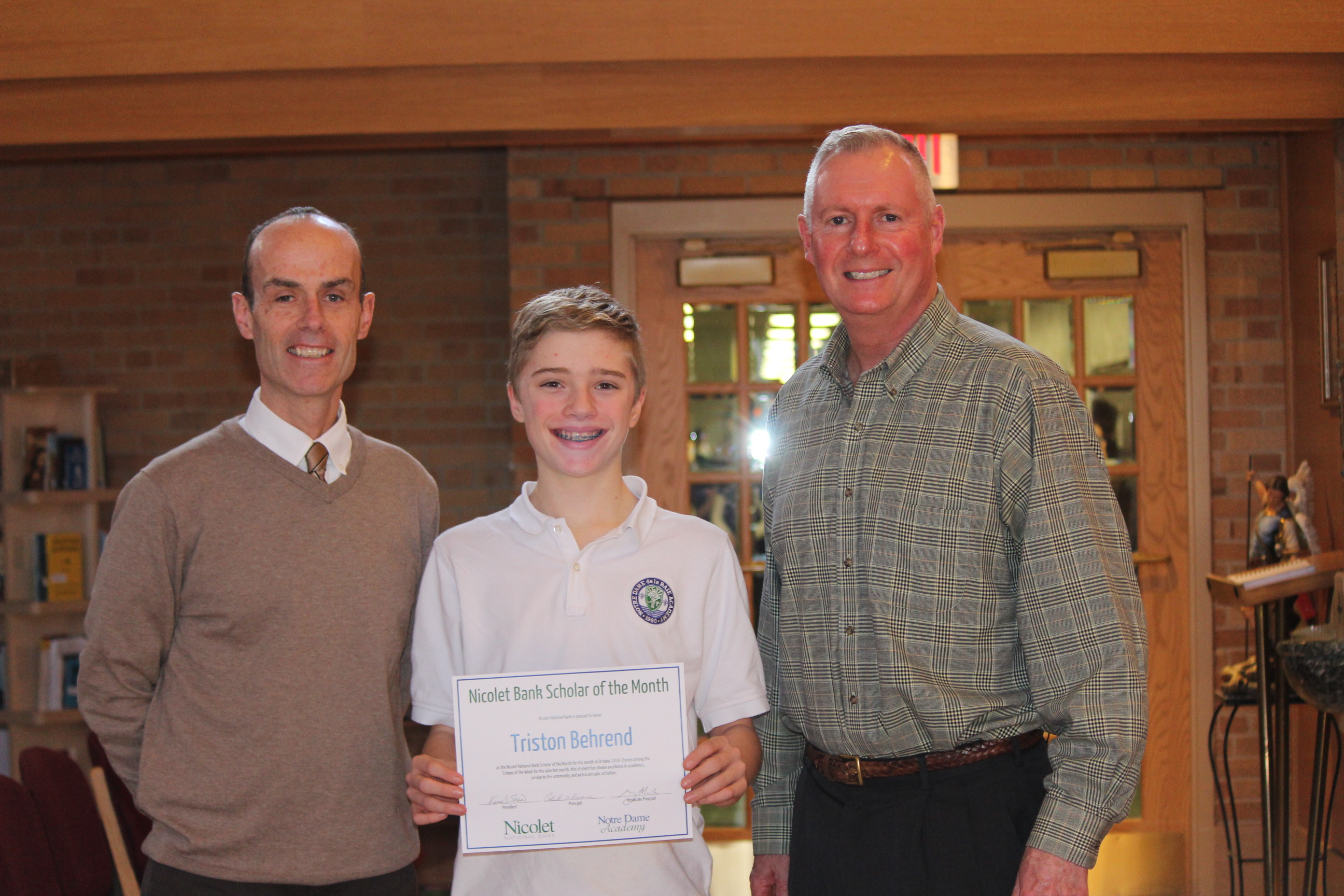 -- Read Behrend's Triton of the Week story below --

Only a freshman, Behrend is being recognized for his community service efforts. For the past two years, he has organized a golf outing, Tee-Time for the Children of St. Jude, in his parents' Michigan hometown, which benefits St. Jude's Children's Research Hospital. Over the past two years, the event raised a total of $7,500.

"I started this golf outing as part of my IB Community Project in 8th grade," said Behrend. "It felt good to be able to help, so we did it again last year."

The reason he chose St. Jude as the beneficiary is two-fold. He said, "I really like St. Jude's because the patients there don't get billed, and I felt it was right to assist that hospital. My great grandma, who has now passed away, also loved St. Jude's, so I wanted to honor her."

Planning for Tee-Time for the Children of St. Jude begins in May. Last year, the event took place during Labor Day weekend.

At NDA, Behrend is on the robotics team and he looks forward to joining the NDA golf team in the spring. In his free time, he enjoys downhill and cross country skiing, along with participating in intramural basketball.