Triton of the Week - Jonathan Zacharias

May 17, 2018
Share to FacebookShare to TwitterShare to LinkedInShare to PinterestShare to EmailPrint this page

A decorated athlete and fine academic at NDA, Zacharias has maintained a 3.9 GPA throughout his high school career, landing him on the high honor roll all four years and in the National Honor Society his junior and senior years.

Zacharias has been on the Varsity baseball team all four years at NDA, earning accolades of conference player of the year and first team all-conference pitcher as a junior, pre-season all-state as a senior, and Wisconsin High School Sports Award Player of the Year nominee as a senior.

He also participated in boys volleyball in which he received an all-conference honorable mention as a senior while leading the program to earn its first-ever post-season victory. 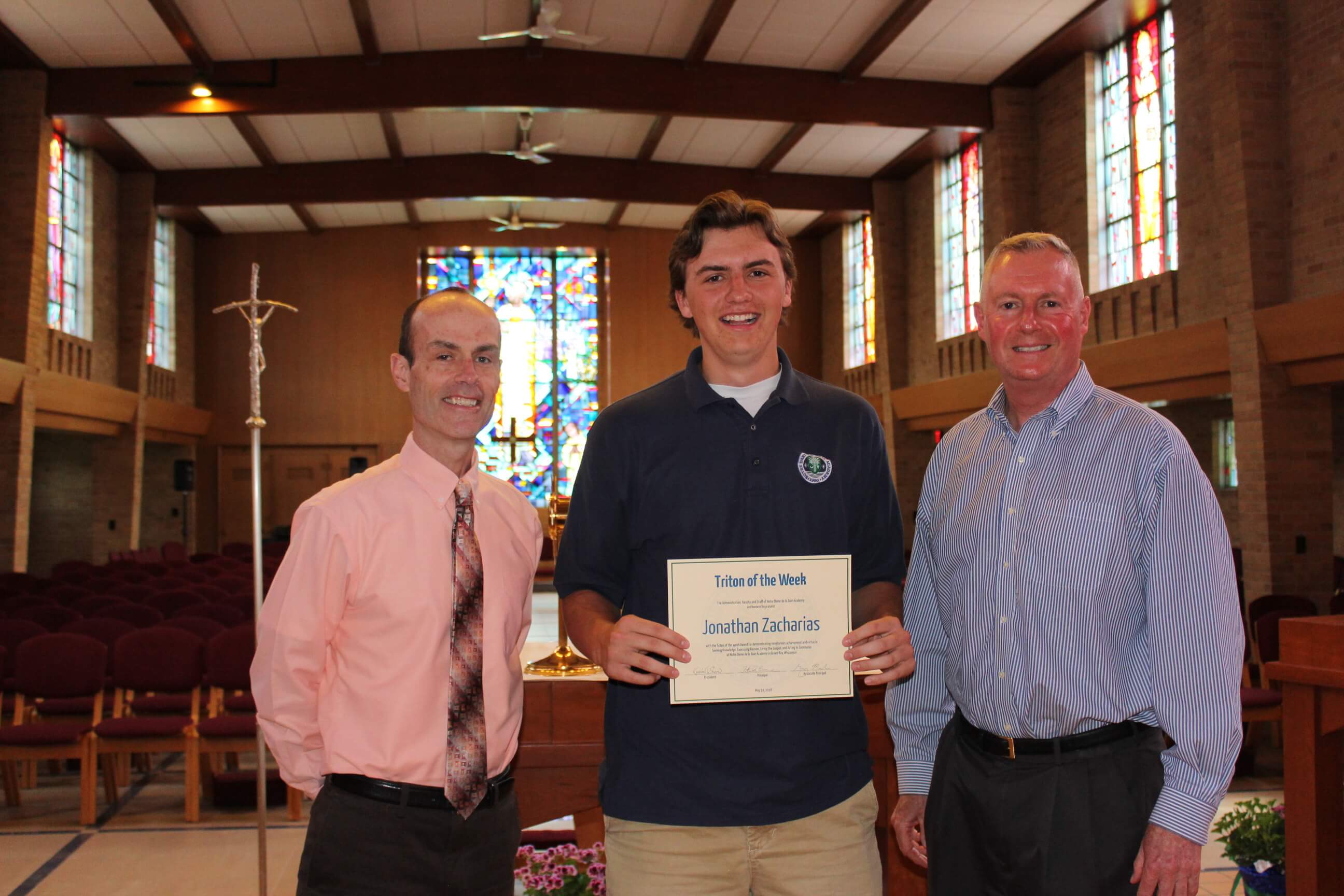 In his free time, he volunteers his time at St. John's Homeless Shelter, works as a peer tutor, and coaches youth baseball. He has been a recipient of the Service Award at NDA throughout his high school career. Finally, he works at as a groundskeeper at the Curly Lambeau Birth Home (historic site) and on various landscaping jobs.

Looking towards the fall, Zacharias will attend Cornell University where he will study biology with an emphasis in genetics. He will also play baseball at Cornell, and hopes to continue to pursue a baseball career or medical school following the completion of his undergraduate degree.

Congratulations, Jonathan, on being named Triton of the Week!