Triton of the Week - Lizzie Opichka

May 24, 2018
Share to FacebookShare to TwitterShare to LinkedInShare to PinterestShare to EmailPrint this page

Lizzie Opichka, NDA senior, is the final Triton of the Week for the 2017-18 school year.

As a standout on the basketball team all four years of high school, Opichka has found much success on the court and the field. She is the recipient of the National High School Coaches Association All-American Athlete Award, for which she was nominated by A.J. Giovanetti, NDA's strength & conditioning coach. Furthermore, she has achieved all-conference honors in basketball, is a thrower on the track & field team, and participated in cross country throughout high school.

Not only does Lizzie excel in athletics, but she is graduating with a 4.0 GPA, placing herself in the top 8% of her class.

"The example that Lizzie sets and her work ethic extends beyond the basketball court and weight room," said Giovanetti. "Her hard work has led to academic success...as she has been taking accelerated courses since her freshman year in an already academically challenging environment." 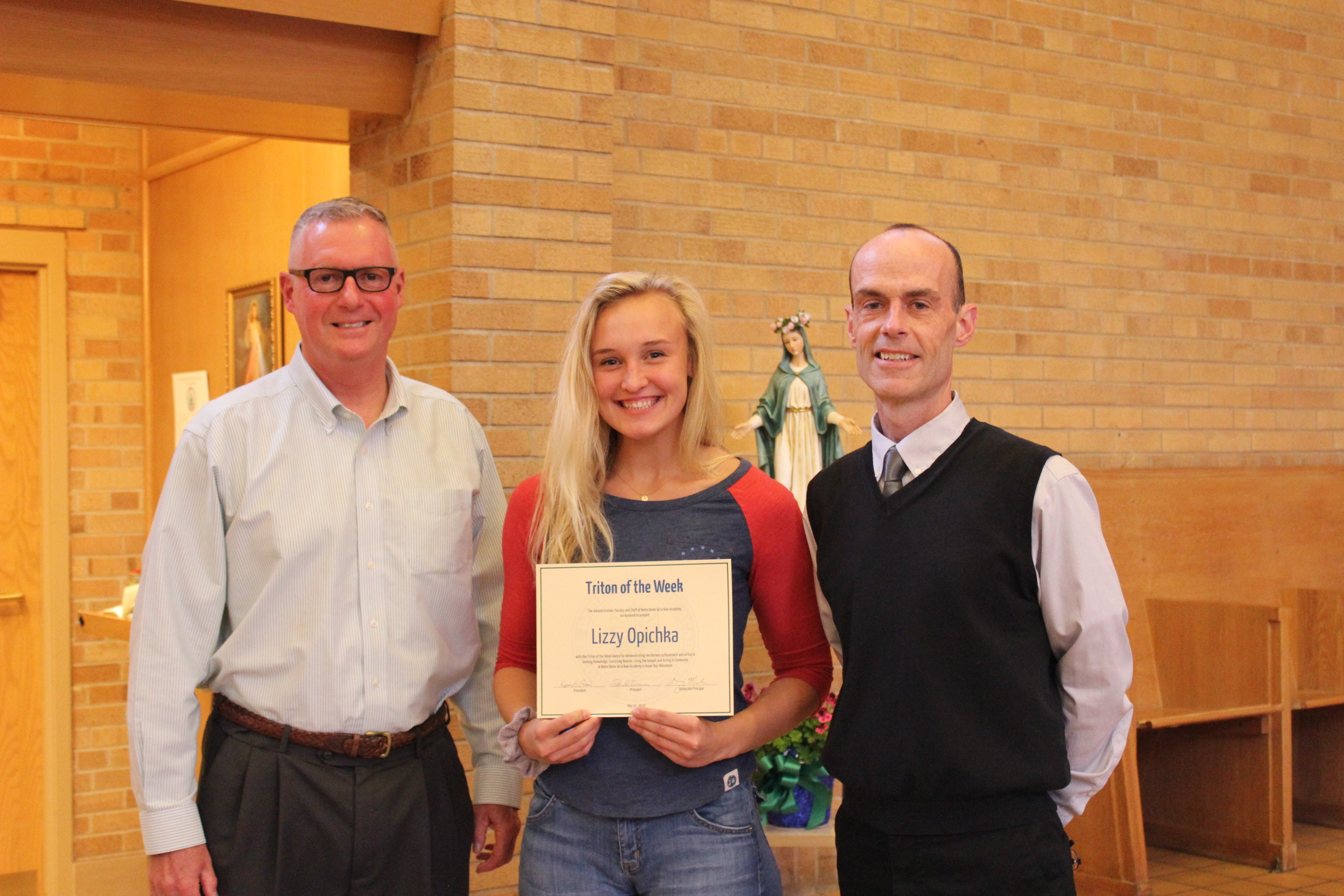 Receiving the WIAA Scholar Athlete Award at the Senior Awards Ceremony in May 2018, Opichka earned the honor by her outstanding academics, athletic ability, and volunteer efforts at the NEW Community Shelter, Green Bay Botanical Garden, various basketball tournaments and camps, and much more.

As a member of French Club, Catholic Athletes for Christ, and APPP, Lizzie is a prime example of a well-rounded individual at NDA. She will continue her education at the University of Minnesota Twin Cities in the fall. Congratulations, Lizzie!