Triton of the Week - Paul Gapinski

May 10, 2018
Share to FacebookShare to TwitterShare to LinkedInShare to PinterestShare to EmailPrint this page

Encompassing faith, theater, music, athletics, and academics, Gapinski finds pride in his well roundedness. From being a member of the mens volleyball team to achieving lead roles in the musicals, Paul maintains success in college credit courses and finds time to altar serve at all-school Masses.

Fr. Brad Vanden Branden, NDA Chaplain, said, "I've always been impressed to see Paul involved in so many activities. Having gotten to know him the past couple of years, Paul's confidence in all that he does is inspirational to those around him." 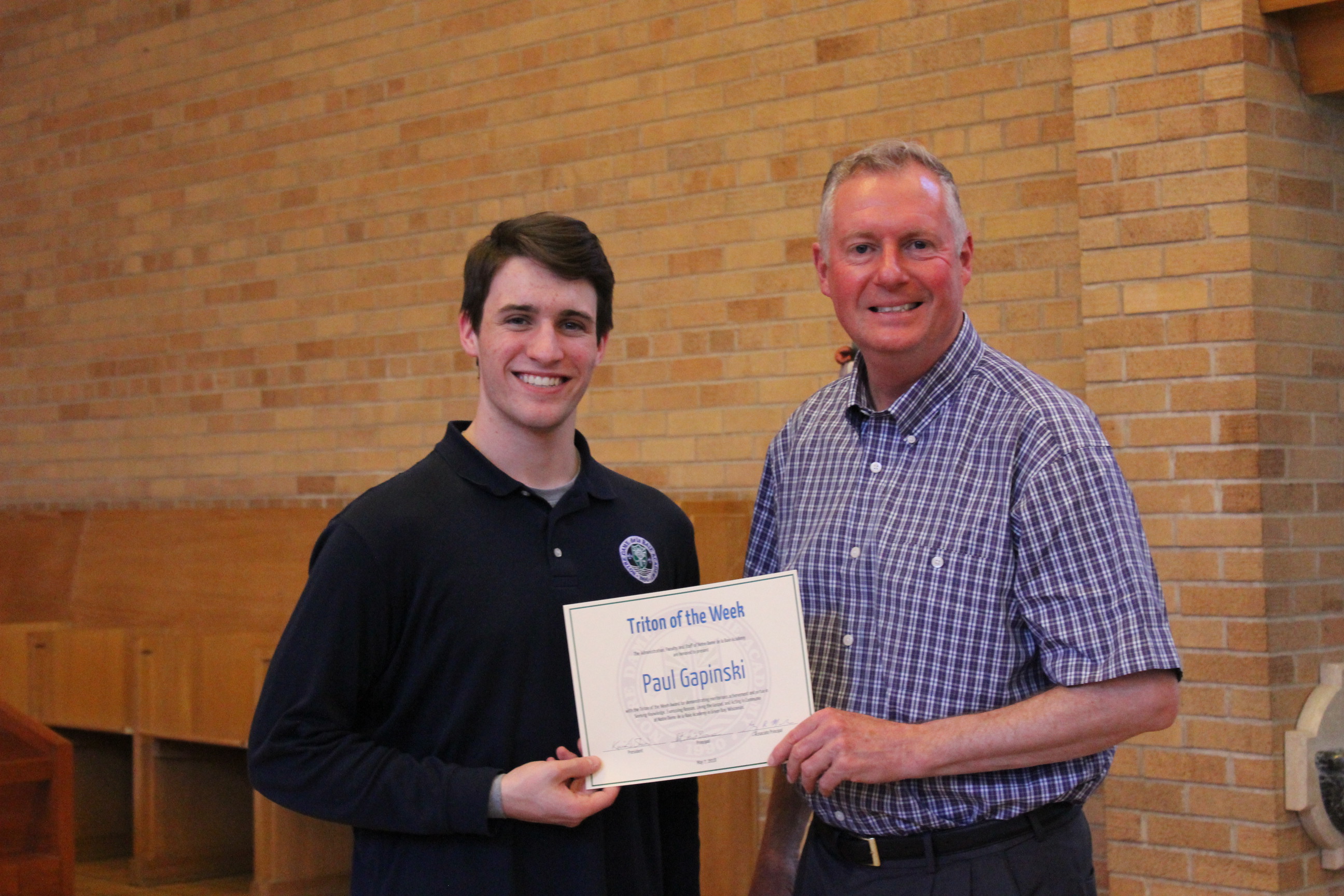 Dedicating time as the ASTRA communications leader and member of the National Honor Society, Paul is a natural leader at NDA. Paul will continue his studies at UW-Madison in the fall.

Congrats, Paul, on being named Triton of the Week.