Triton of the Week - Sydney Ditscheit

February 22, 2018
Share to FacebookShare to TwitterShare to LinkedInShare to PinterestShare to EmailPrint this page

Sydney Ditscheit, NDA sophomore, is the recipient of the Triton of the Week award for the week of February 19, 2018.

In nominating Sydney for the award, Patrick Browne, NDA principal, stated, "Sydney's commitment to helping others is truly outstanding."

Sydney led a very compelling service project this past year that involved donations of blankets and homemade cards to patients at the American Family Children's Hospital in Madison. With Sydney's leadership, and the help of NDA, NDA students, and Sydney's friends, a gift of 55 blankets was made to the patients at American Family Children's Hospital.

"I love volunteering and helping others. That is why ASTRA is my favorite club. I've engaged in other volunteer opportunities such as the SHINE mission trip last summer, vacation bible school, NDA Phone-a-Thon, and various other opportunities at the Green Bay Children's museum and the NEW Zoo," said Sydney. 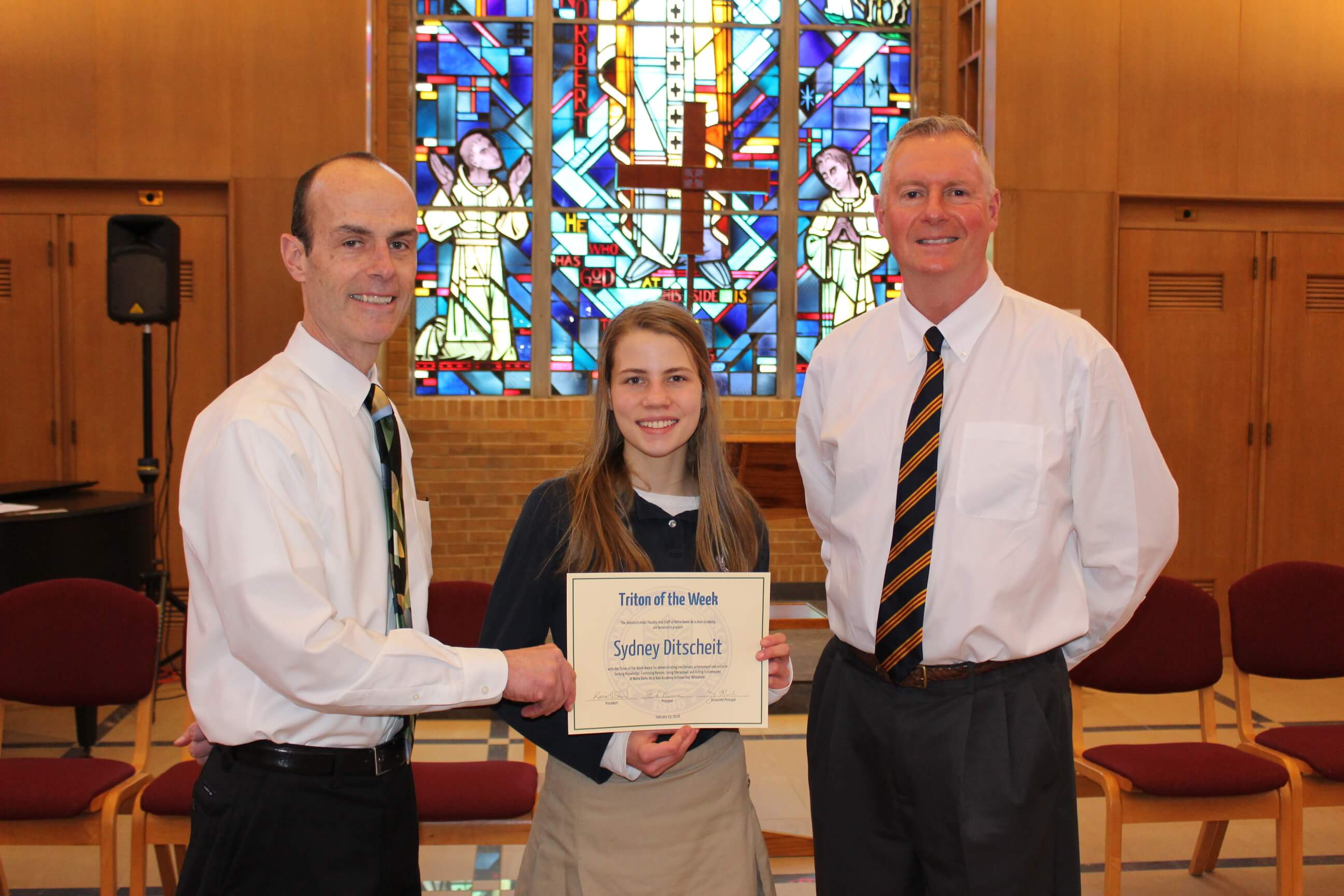 Sydney is also a member of the NDA cross country team, German Club, Chinese Club and a participant in math competitions. She plans to continue her work as a volunteer in the future, and her career aspiration is to become a psychiatrist to assist people with mental disabilities.

Congratulations Sydney upon being named the Triton of the Week!