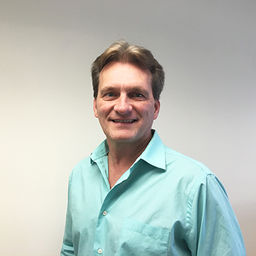 Hermes brings extensive experience coaching on the club level with Wisconsin Lightning Fastpitch, which he co-founded in 2003 out of Salem.

A 2019 inductee into the Wisconsin USA Softball Coaches Hall of Fame, Hermes has coached five Wisconsin State High School Gatorade Players of the Year and over 100 players who went on to play collegiately.

“I’m excited for the challenge,” Hermes said about the opportunity to lead a high school varsity program for the first time.

The 57-year-old Howard native wasn’t planning on coaching softball again when he moved back to the Green Bay area last year with his wife, Tami, to be closer to family. However, the open position at Notre Dame was a perfect to him to apply for.

“I’m very excited about it,” said Hermes, who attended Premontre High School as a freshman. “I probably wouldn’t have thought about doing something like this, but it’s a (Catholic) school. That’s important to me.”

Hermes’ passion for the sport began during his days as a pitcher in men’s fastpitch leagues and playing with his brother, Mark, who is going to be an assistant coach of his at Notre Dame.

“He brings a wealth of knowledge about softball to the program, a sincere passion and astounding excitement to want to build the NDA girls softball players into a competitive team, not only locally, but statewide. He truly loves softball, and I think our girls will see from Day 1 that we are going to be a different team moving forward.”