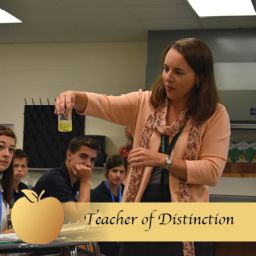 Mayer is in her 17th year at NDA and is the head of the Science Department.

Read more about Mayer and view the NDA faculty that received nominations for the Golden Apple Awards this year.