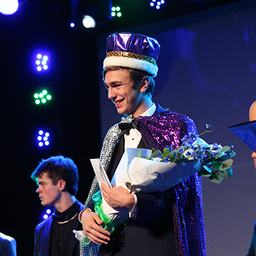 Campbell was one of two juniors among the 14 contestants competing to wear the crown in the 24th edition of this annual event at Notre Dame Academy.

Senior Evan Walczyk received the distinction of being named Mr. Congeniality, which was an honor voted on by the contestants for the individual who was the most helpful in preparing for the event.

The funds from ticket sales of the Academy Awards will go towards the Academy Ball and Student Government projects.

View photos of the 2020 Academy Awards.

Read the special Academy Awards edition of the Tritonian.