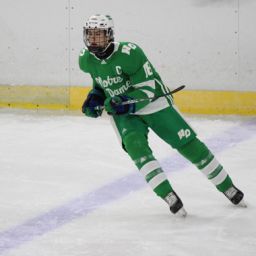 The boys hockey team earned an Academic Sectional Championship by compiling a team GPA of 3.74 in the classroom and finished as the WIAA Division 1 state runner-up on the ice.

On the court, Sammy Opichka was named to the Wisconsin Basketball Coaches Association Division 2 all-state girls basketball team. The 5-foot-11 junior averaged 15.5 points in leading the Tritons to a regional championship.

The boys basketball team won eight of its final 11 games and had three players named to the all-FRCC team.