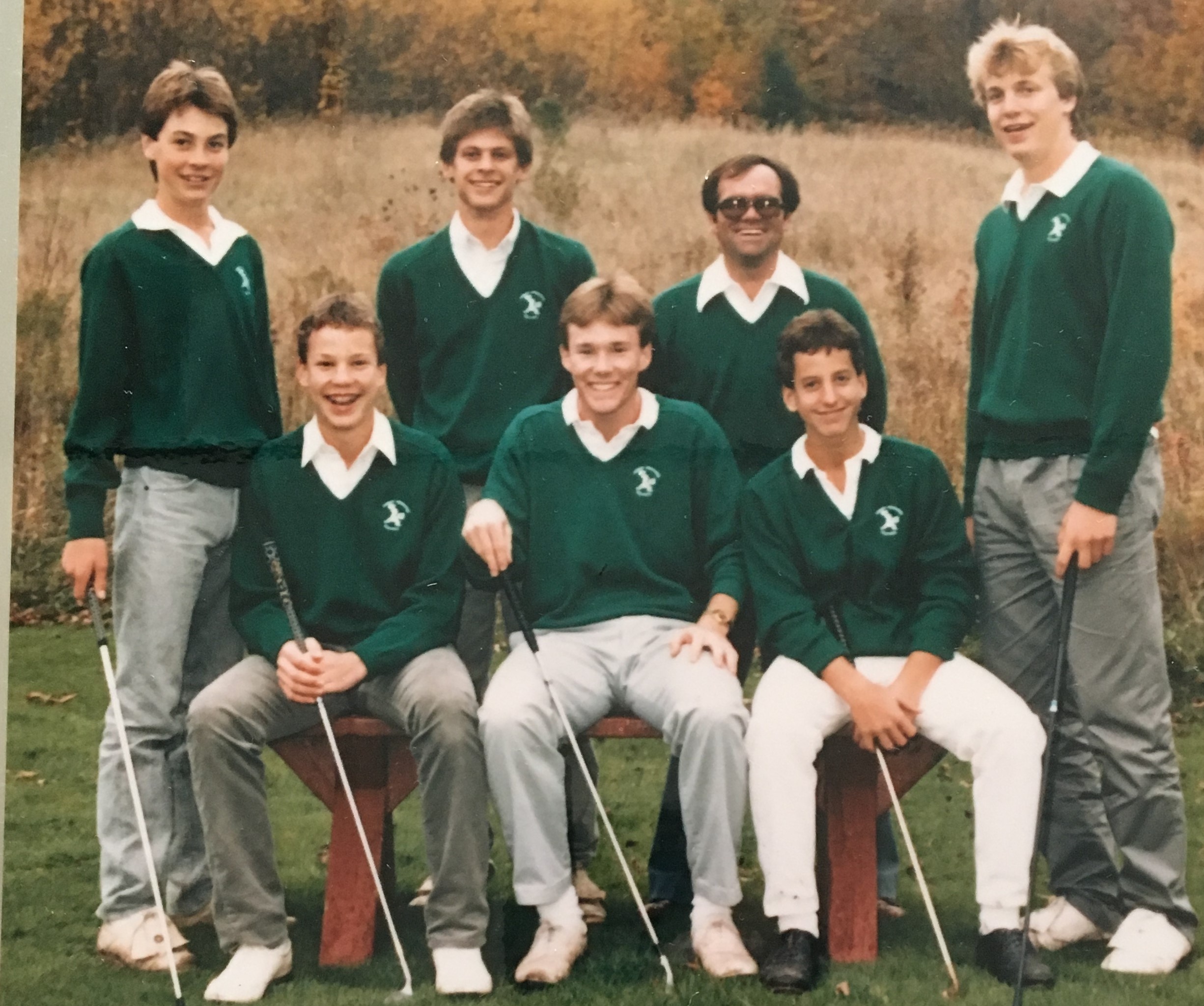 Abbot Pennings High School had a long tradition of competitive and high quality golf teams but never had the consistent talent to win a state golf championship. That was until 1986. The Squires compiled a 6-1 conference record with their only loss coming at the hands of Appleton Xavier by one stroke. Led by team captain Craig Darling, the Squires won consistently in 1986. Team members Casey Brozek, Scott Wahl, Scott Thompson, Chad Ward along with alternate Rob Guyette played with passion and focus to win the Madison Edgewood Invitational, a third-place finish in the FVCC (Fox Valley Christian Conference) and qualified for the state tournament by a first-place finish at regionals.

On Oct. 7, 1986, the young, highly-competitive Squires won the first state golf championship in school history at North Hills Country Club in Menominee Falls. Behind medalist Casey Brozek and runner-up Craig Darling the Squires defeated previous golf powerhouse teams, Madison Edgewood, Racine St. Catherine, Fond du Lac St. Mary’s Springs and other state qualifiers. The chemistry of Daring, Thompson, Brozek, Wahl, Ward and Guyette would be a special example of how to win as a team and how to celebrate the individual success of each team member. 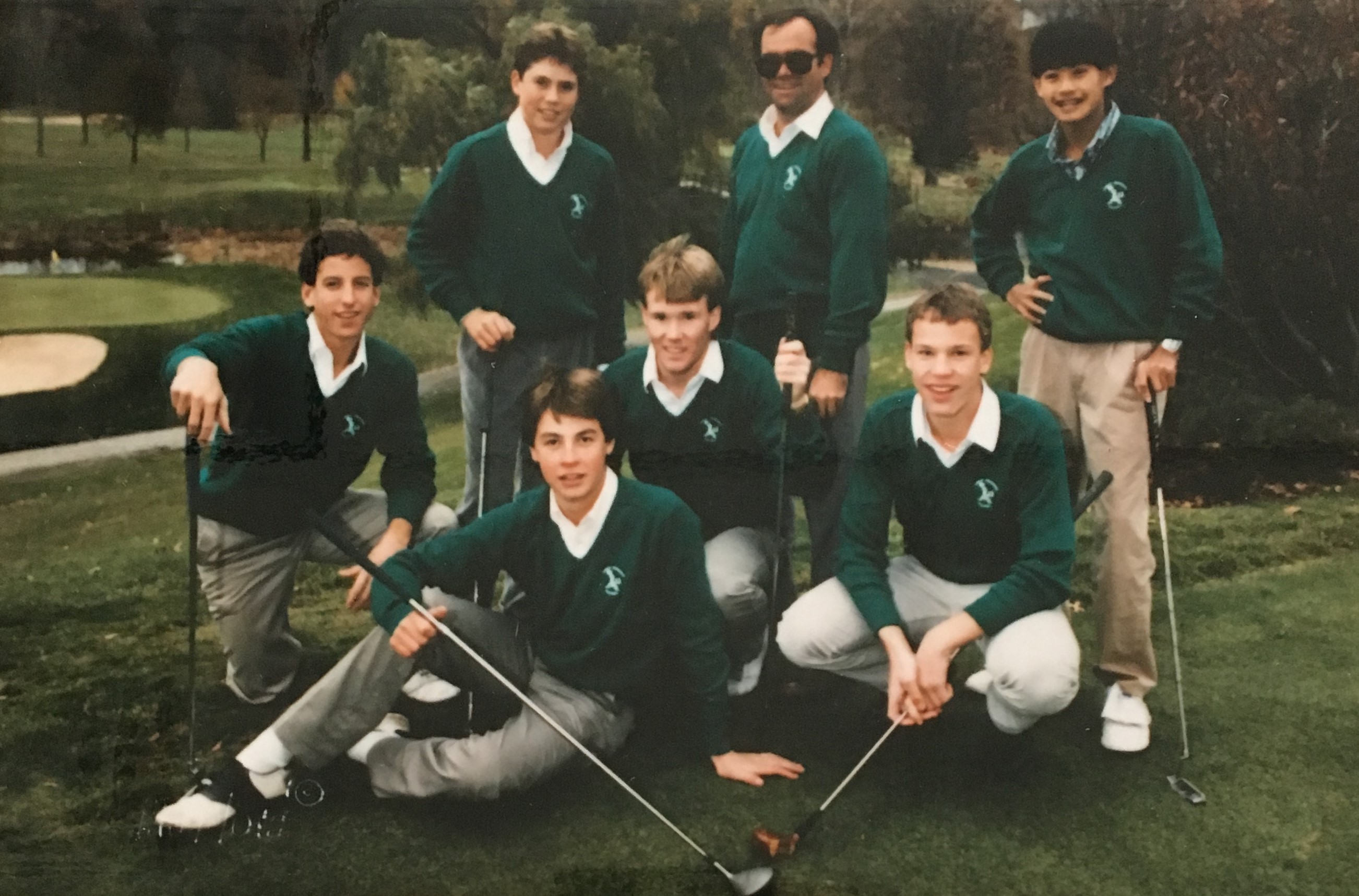 The Squires golf team in 1987 had four returning players from their state championship team in 1986. Craig Darling, Casey Brozek, Scott Wahl and Chad Ward along with newcomers Scott Colby and Dean Delasanta. This was a team to be reckoned with by every team that played them. This veteran team was talented, motivated and poised to defend their record of the previous year. Positive team spirit and friendly competition within the 1987 team strengthened them all year for the regional tournament – and potentially another trip to state. Senior Craig Daring anchored the 1987 squad and led by example. The 1987 Squires went on to have an undefeated season in conference play to win the FVCC title, Madison Edgewood Invitational and won regionals to qualify them for a return trip to the WISAA state championship, where a repeat championship was realized. On Oct. 5-6 of that year at the Racine Country Club, the Squires again defeated the likes of Edgewood, St. Catherine, cross-town rivals Premontre and all other state qualifiers.

There is no substitute for experience, and the 1988 Pennings Golf Team certainly had plenty of it. Returning to the Squires for the 1988 campaign were two-time state champs Casey Brozek and Scott Wahl along with Scott Colby and Dean Delasanta who played on the 1987 team, John Danen and alternate Rob Kaftan. Any golf team with four returning championship players would certainly be a choice to win and win a lot. But could they react properly under pressure and focus on the target and a three-peat state championship? 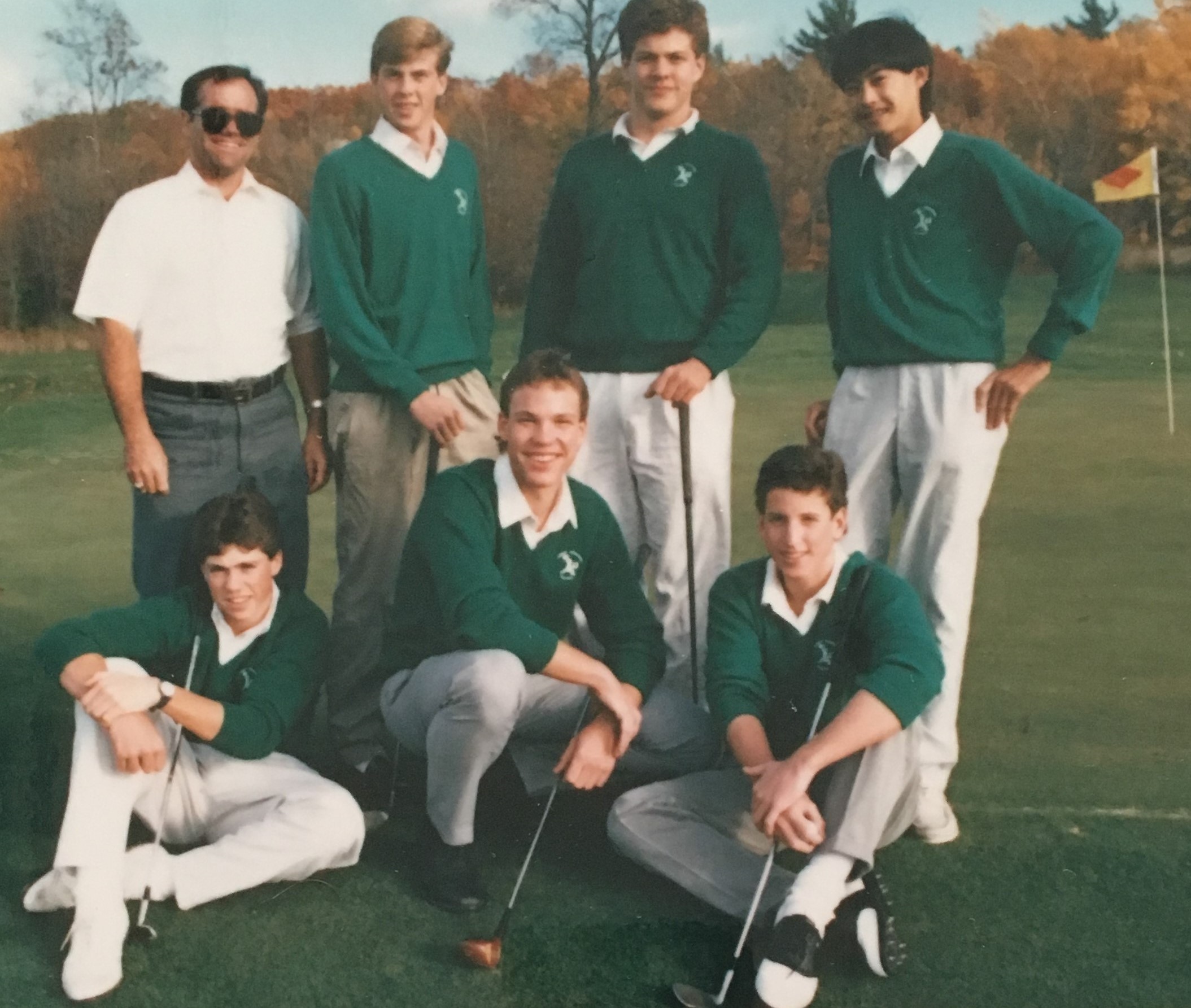 The 1988 season began with a blowout match against Oshkosh Lourdes Academy 152-178. A confident team they were, but could they continue the difficult task of being favored in every match as the season progressed?  Yes, the 1988 Squires, full of confidence and pride would carry the banner of two straight state championships on their shoulder the rest of the season and set a conference record for nine holes with a 149-170 win over St Mary’s Springs. This team would go on to an undefeated season again just like the 1987 team. The veteran Squires would take first place in the Premontre Invitational and first place in the FVCC for the second consecutive year. The team chemistry of the 1988 team was yet again a true example of sportsmanship, team pride and the ability to cheer on each other for the good of the team and not just one individual. That attitude motivated them to win regionals for the third straight season. On Oct. 3-4, 1988, the battle-tested Squires would take their undefeated season to Ridgeway Golf and Country Club in Appleton. It’s here that history was made. A three-peat was realized and forever will put the Squires in the elite category of winning as a team while representing their families, friends and Abbot Pennings High School.

Congratulations and welcome the members of the 1986, 1987 and 1988 Abbot Pennings golf team into the Triton Academic & Athletic Hall of Fame.

Congratulations to all of this year’s inductees. Thank you to the Notre Dame Academy Induction Committee for this prestigious award and the opportunity to join the previous and future recipients into Triton Academic & Athletic Hall of Fame.