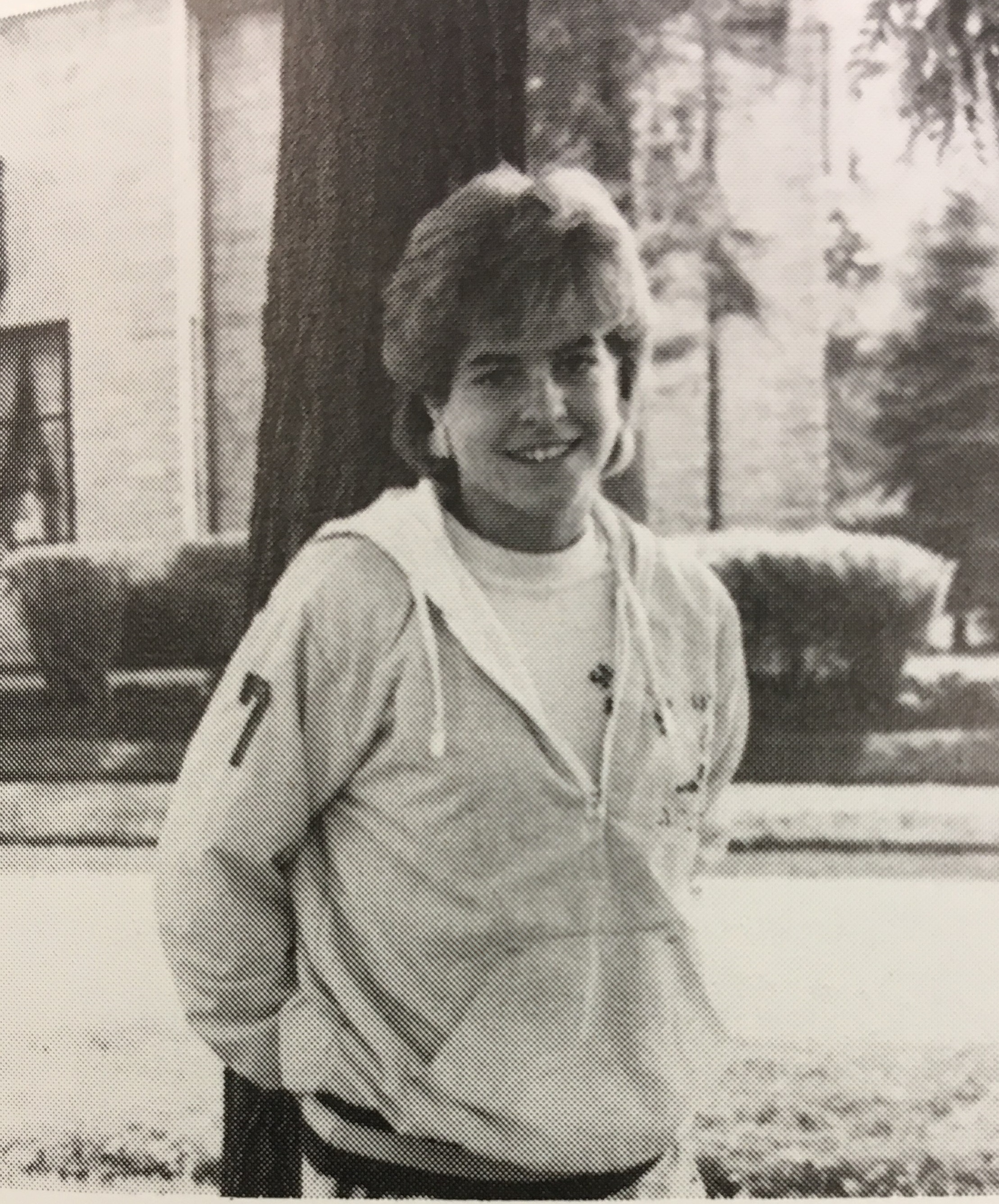 Molly was a dominating distance runner for St. Joseph Academy. She was a three-time WISAA state champion in cross country from 1982-1984 in addition to being a three-time WISAA state champion in both the 1,600- and 3,200-meter runs for track and field from 1983-1985. In 1985 she was named the WISAA track athlete of the year and was inducted into the Wisconsin Cross Country Hall of Fame in 1997.

After graduating from St. Joseph Academy, Molly attended Texas A&M, where she competed in both cross country and track and field. In 1989 she graduated with a degree in Business/Accounting from UW-Green Bay.

After college she moved to Dallas, to work for Arthur Andersen & Co. She met her husband, Jeff French, at Arthur Andersen and was married in 1993. When their first child, Hannah, was born in 1995, she chose to become a full-time mom. Hannah is now 25. She attended NDA and then Texas Christian University (TCU) in Fort Worth and currently lives in Los Angeles and works for Skims Shapewear in branding and public relations. Their second child, Jacob, was born in 1997, he also attended NDA and TCU and currently lives in Dallas working for Deloitte Consulting. Their youngest child, Ryan (better known as Fuzz), was born in 2001. He also attended NDA and is currently a sophomore at TCU. The TCU connection is from Jeff who attended TCU and played football.

Upon moving back to Green Bay in 2003, Molly joined the coaching staff at NDA for the track and field program. She was an assistant under John Nowak for 13 years and the head coach for four years. She loved every minute of coaching and will be forever grateful to John Nowak for the opportunity.

She is also very grateful to her parents and the running group for all of their help during her high school career. The Wednesday night 10K runs will never be forgotten and some of her best and toughest workouts were created by that group. The lessons, (hard work, dedication and never quitting), learned from athletics have helped Molly tremendously in all aspects of her life.

She would like to thank everyone on the committee for voting her into the Triton Academic & Athletic Hall of Fame.