Seven Vietnam veterans that were killed in action (KIA) are being added to the Wall of Honor and being honored as part of the 2020 Triton Academic & Athletic Hall of Fame. 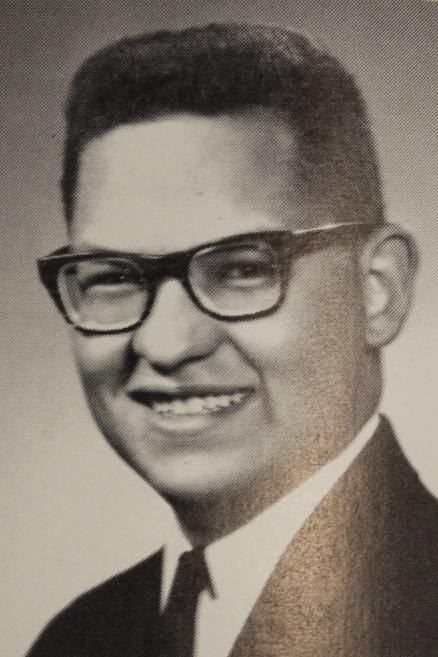 James was born in Green Bay on May 20, 1947 to Walter and Viola Rentmeester Loy. He graduated from Premontre High School in 1966 and was sent to Vietnam as a Hospitalman with F Company, 2nd Battalion, 1st Marines, 1st Marine Division, in Quang Tri Province, South Vietnam.

On January 11, 1968, he was part of a patrol proceeding along the safety lane within a minefield while on an ambush mission near Con Thien when the squad was inadvertently led into the mined area. Within minutes, two mines detonated simultaneously, wounding three Marines. HN Loy heard the explosions and unhesitatingly moved from the rear of the squad, entered the minefield, and administered first-aid treatment. Realizing that the life of one seriously injured Marine depended on his immediate evacuation to a medical facility, and aware that it would take considerable time to clear a path through the minefield, HN Loy carefully prepared the injured man for transport and began carrying his comrade from the minefield. HN Loy had advanced approximately thirty meters when he was mortally wounded by an exploding mine. He was 20 years old. He was married to Theresa and had a son, Rob, born six months after James’ death. Hospitalman James Loy was awarded a Silver Star Medal with a citation for conspicuous gallantry and intrepidity in action as well as a Purple Heart. 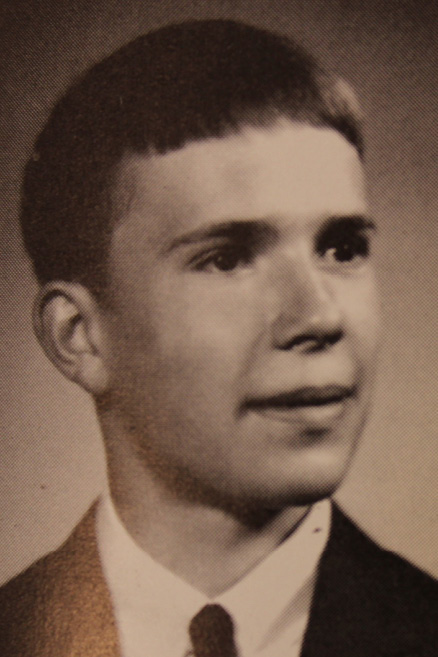 Dave was born in Green Bay on April 16, 1948 to Bernard and Marian Schuette. Dave graduated from Premontre High School in 1966 and was sent to Vietnam as part of the Supply Division, DET CHU LAI Base, Naval Support DANANG, USNAVFORV, United States Navy.

On February 10, 1970, Petty Officer 3rd Class David Schuette was a passenger in a U.S. Army helicopter to Da Nang from Chu Lai, RVN, when a tail rotor malfunction caused the aircraft to crash, killing him and eleven others. He was 21 years old. 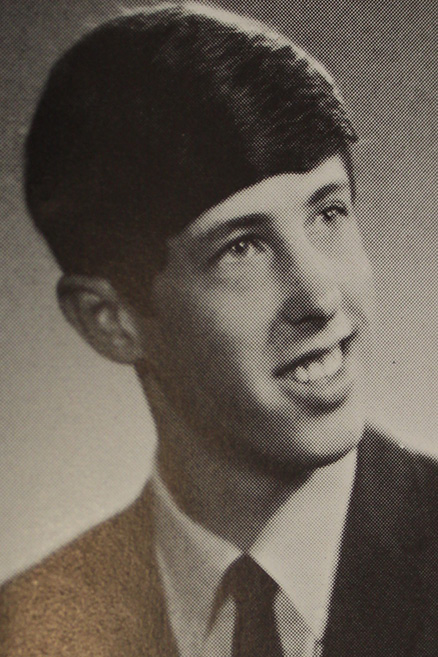 John was born in Green Bay on July 20, 1951 to Bob and Trudy Mommaerts Gmack. John graduated from Premontre High School in 1969 and was sent to Vietnam as part of 2nd Platoon, A Company, 1st Battalion, 8th Cavalry, 1st Cavalry Division, United States Army Republic of Vietnam, Army of the United States on February 6, 1970.

In just over 3 months, he received numerous awards, such as the Bronze Star and the Air Medal for heroic or meritorious achievement in a combat zone and in aerial flight. He had over 20 jumps from a helicopter into enemy territory. He was a walking point as well as serving as a respected radio operator.

Corporal John Gmack died on May 28, 1970 at Fire Support Base Buttons (Song Be) after being medevac’d from Cambodia. He was promoted to the rank of Corporal effective the day before he died. He was 18 year old. 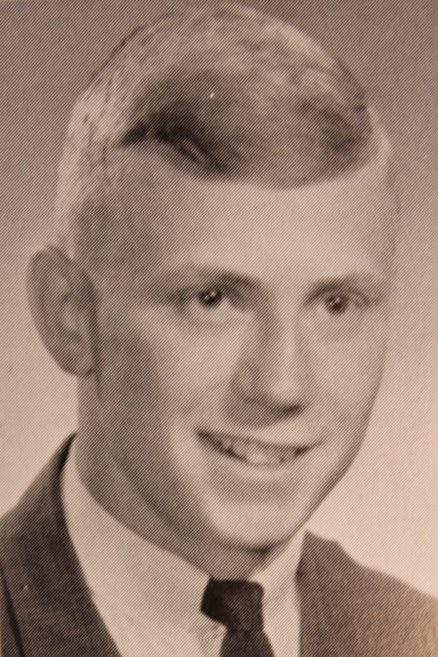 Mike was born in De Pere on December 12, 1946 to Robert & Elizabeth Rademacher Hermsen. He was the sixth of fourteen children & Michael would joke that he figured his parents were so exhausted from trying to find names for their first five children, that they had to resort to ‘combing the Bible’ for names for him and his younger brothers. The family belonged to St. Mary’s in De Pere, where he was an altar boy. Mike graduated from Abbot Pennings High School in 1965 and went to Vietnam as part of B Company, 2nd Battalion, 8th Infantry, 4th Infantry Division, United States Army Republic of Vietnam, Army of the United States on September 6, 1968.

He had just married his wife, Suzanne, and received his draft notice on their honeymoon. Specialist Four Michael Hermsen died on March 22, 1969 as a result of a firefight in Kon Tum, South Vietnam. He was 22 years old. He was awarded the Purple Heart.

Michael’s wife, Suzanne, says, “I met Michael in the fall of 1965 at NWTC, where he was studying to be a computer programmer. I remained after class one day to look at some slides. I closed the door and started walking down a dimly lit hallway lined with metal lockers. Suddenly, a locker door burst open and out jumped a man with blonde hair, a wide smile and soft blue eyes, looking directly at me and uttering some silly jingle. Then he seemed to freeze, finally conscious of the fact that I was not his buddy, who I noticed laughing hysterically at the end of the hall. There was another side to Michael, with a strong commitment to his faith and especially the mass. He would take me to mass every Sunday. Here was a 20 year old during the social upheaval of the late 60’s, wanting to truly experience - to fully participate in the mass. I knew then, this was the man I wanted to marry and we did on August 26th, 1967. Upon arriving home from our honeymoon, Michael’s draft notice was waiting. Two and a half months later he left for boot camp. Lots of pictures came with comedic poses of him and his buddies, but he also wrote about his struggle with taking a human life and how to do it efficiently. But, his father had served in WW2, so he knew and understood the importance of serving your country. In August of 1968, after a month’s leave, he was sent to Vietnam. One week before he was to meet me in Hawaii for a week’s stay at the military resort on Wii Ki Ki and then fly home for discharge, he was out on patrol with his unit. According to his commanding officer, they were ambushed around 1:00 PM. The soldier manning the rapid fire gun on top of his armored personnel carrier was shot immediately. Michael grabbed the gun and returned fire. The armored personnel carrier was then hit by a mortar shell. I wish to thank you all at NDA for remembering Michael and the others who died while serving their country in Vietnam. His faith in God initiated by his parents, and nurtured and deepened at the Catholic schools he attended along with his delight in the fun and the funny, make him, for me, unforgettable too.” 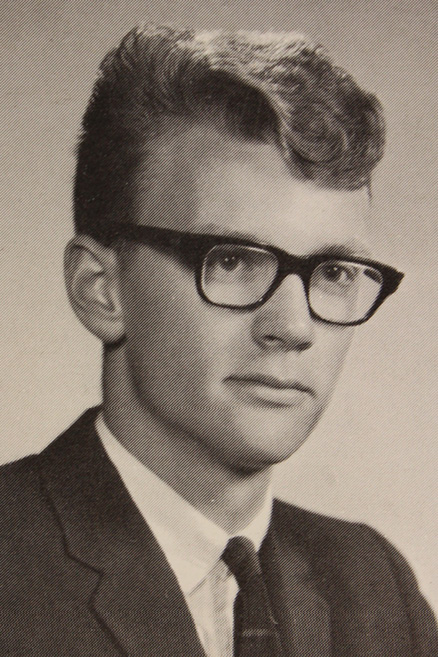 Richard was born in Green Bay on August 10, 1947 to Jim and Jeanne Manders Jackson.

Richard was drafted into the U.S. Army on September 19, 1966. After completing his Basic and Advanced Individual Training, he arrived in South Vietnam on August 29, 1967 where he was assigned as a Field Artillery Surveyor with Headquarters & Headquarters Battery, 2nd Battalion, 77th Artillery, 25th Infantry Division, in Tay Ninh Province.

He was stationed at FSB Burt (Soui Cut) during Operation Yellowstone when the Base received hostile incoming mortar fire. On January 5, 1968, Sergeant Richard Jackson was wounded. He was medevac'd to the 45th Surgical Hospital where he died. He was 20 years old. Richard was awarded the Purple Heart and received a posthumous promotion to the rank of Sergeant. 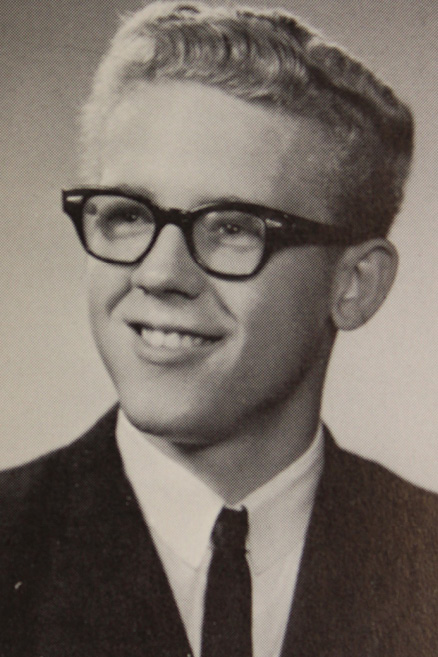 Tim was born in Green Bay on August 28, 1947 to James and Virginia Rice Murphy. Tim graduated from Premontre High School in 1965 and was sent to Vietnam as part of F Troop, 17th Cavalry, 196th Infantry Brigade, Americal Division, United States Army Republic of Vietnam, Army of the United States on March 31, 1968.

Staff Sergeant Tim Murphy was an armor crewman who died on October 17, 1968 in Quang Nam Province, South Vietnam following a crash. He was 21 years old. He was awarded a Purple Heart. 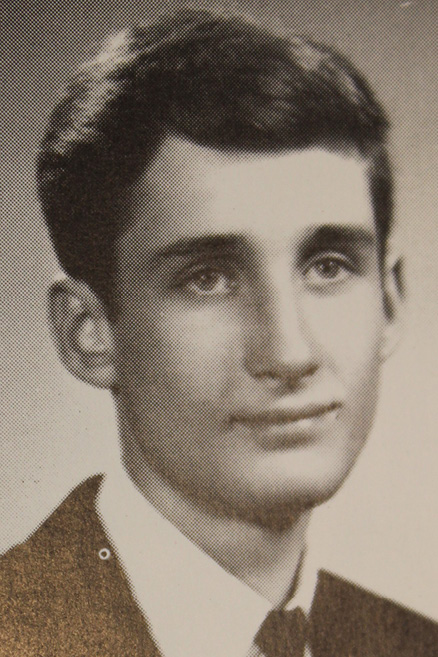 Tim was born in Green Bay on August 28, 1947 to Gilbert and Emilie Jaskolski Robson. Tim graduated from Premontre High School in 1966 and was sent to Vietnam as part of A Company, 1st Battalion, 50th Infantry, 173rd A Battalion Brigade, United States Army Republic of Vietnam, Army of the United States on September 21, 1968.

On May 20, 1969, he was with a group manning a night ambush position just east of Chanh Khoan in the Binh Dinh Province, RVN, when they were attacked by the enemy with grenades and small arms fire. Tim and another man were killed in the engagement. He was posthumously promoted to Corporal and awarded a Purple Heart. He was 21 years old. He left behind a fiancée, Carol.